MARYSVILLE, Wash. -- Firefighters rescued one person and found another person dead while responding to a house fire early Thursday morning in Marysville. 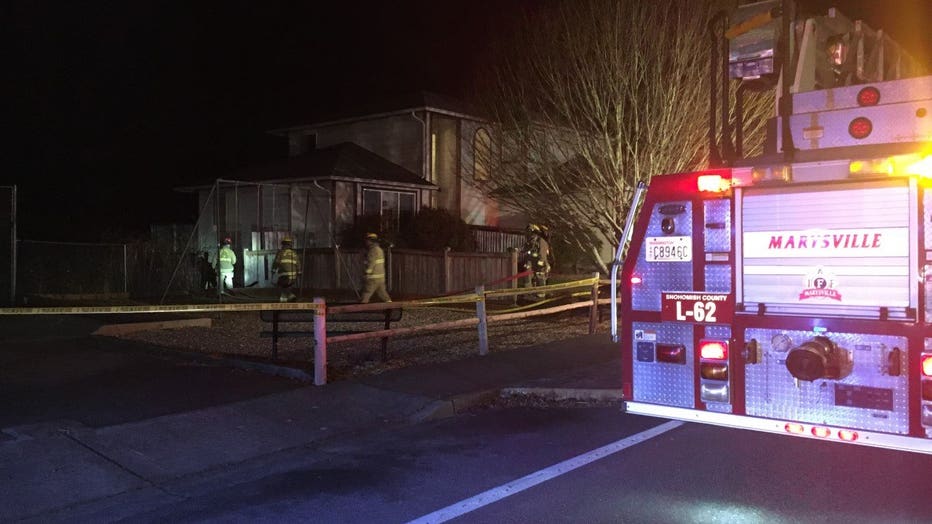 According to the Marysville Fire District, firefighters responded to the fire in the 7900 block of 72nd Drive NE about 3 a.m.

They arrived and found heavy smoke coming from a three-story home. They found one man in a first-floor bedroom and took him to a local hospital as a precaution.

Another man was found dead in a bedroom in the basement.

Seven people lived in the home, firefighters said, and no one else was injured.

The home likely did not have working smoke alarms. Malfunctioning or lack of smoke alarms account for three out of every five house fire deaths.

"We urge all residents to install smoke alarms in every bedroom, outside each sleeping area and on every level of your home to save lives," the fire district said.

Click here for more information on fire sprinklers for your home.