SNOHOMISH COUNTY - One person died and another was arrested for suspicion of DUI and vehicular homicide Monday night after a head-on crash on SR-99 in Snohomish County.

The driver who was later arrested reportedly crossed a raised concrete divider from the southbound lanes and ended up in the northbound lanes. The 31-year-old Marysville man collided head-on with another vehicle, killing the 31-year-old Seattle woman who was in the car with him. 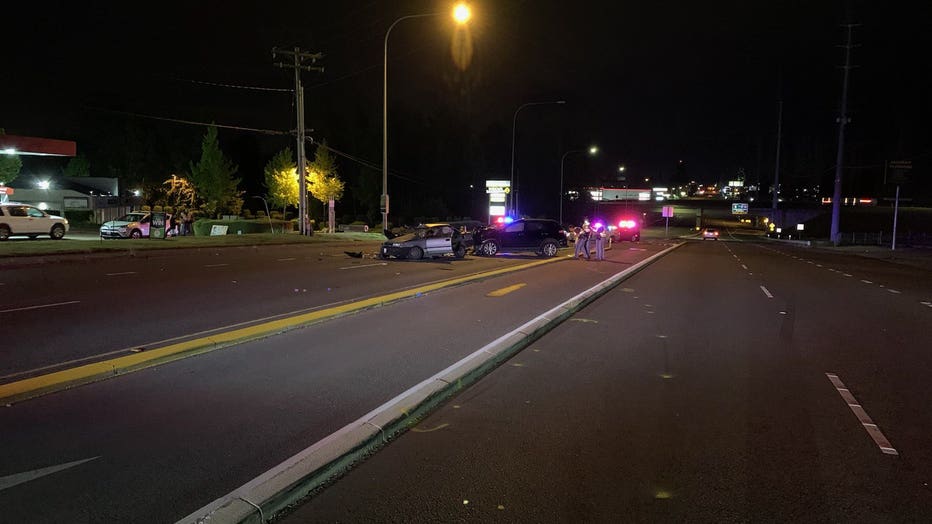 The driver in the car he collided with was not injured.

The man who caused the crash has been arrested for suspicion of DUI and vehicular homicide.