FIFE, Wash. -- One person died and another was injured after a minivan collided with a semi in Fife early Tuesday morning.

According to the Fife Police Department, officers responded about 5 a.m. to a crash on 70th Avenue East. 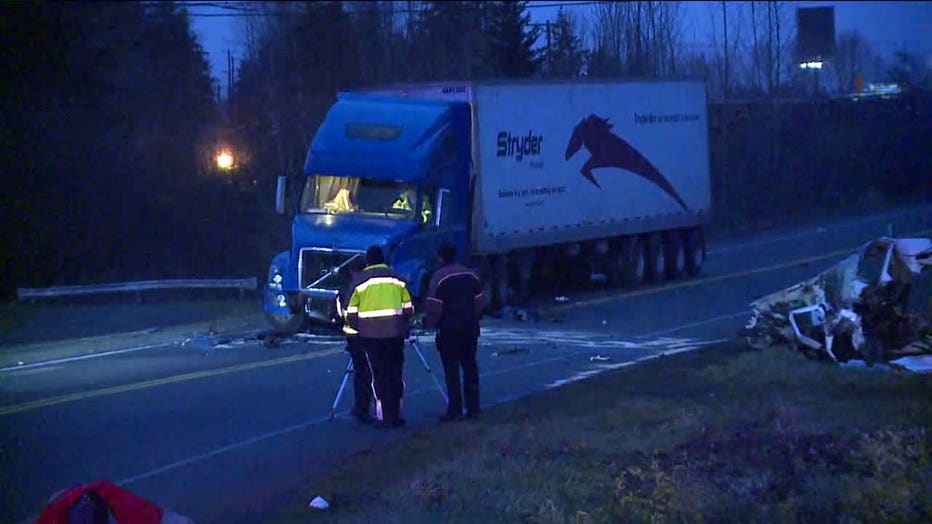 Police said the believe the minivan, traveling northbound, crossed the center line and struck a semi, killing the 30-year-old male driver of the van and injuring a 25-year-old woman who was a passenger in the van. The woman was taken to the hospital with what police believe are non life-threatening injuries.

The semi driver was not injured.