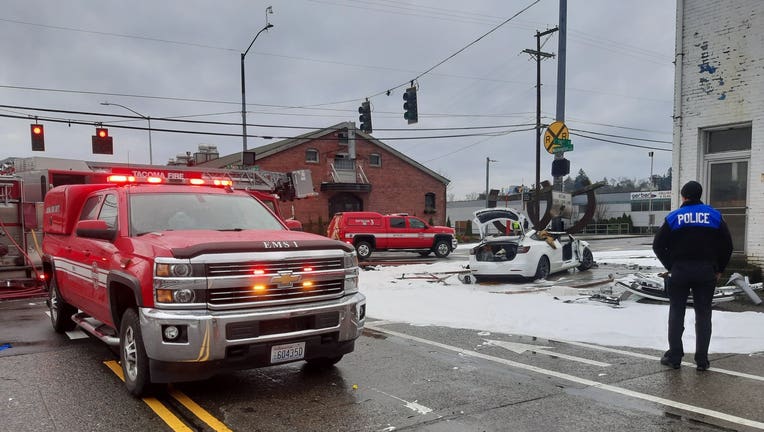 TACOMA, Wash. - Police are investigating a deadly crash that happened in South Tacoma on Saturday.

According to the Tacoma Police Department (TPD), at around 2:00 p.m., officers responded to the intersection of S 56th St. and S Washington St. for reports of a crash.

When firefighters and officers arrived, a driver was found dead inside a car that had crashed into a light pole.

Investigators closed down the intersection to determine what led up to the crash. At the time, they were asking drivers to avoid the area and use alternate routes.

RELATED: Tacoma Police search for suspect who sexually assaulted 17-year-old on her way to school