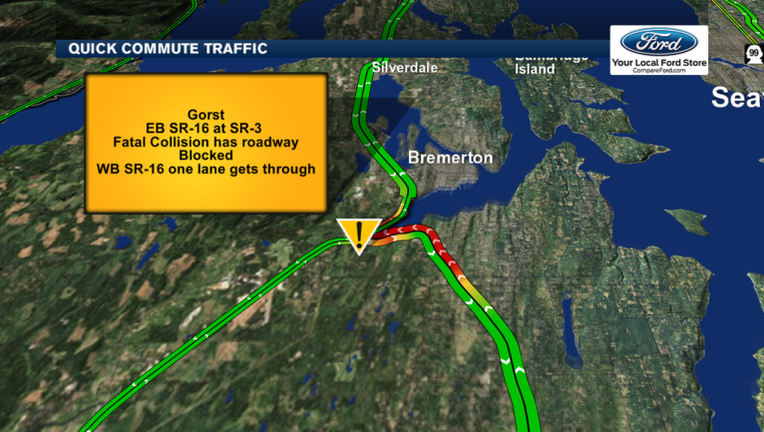 KITSAP COUNTY, Wash. -- One person was killed Thursday morning in a four-car crash along SR 16 in Gorst, and now the driver of at least one vehicle has been arrested.

Authorities say the collision happened before 6 a.m. in the eastbound lanes of SR 16 in the middle of the Gorst business area near SR 3.

Police said the crash scene stretched for more than 100 yards. One pickup appeared to be on its roof, and three cars were piled up further down the road. 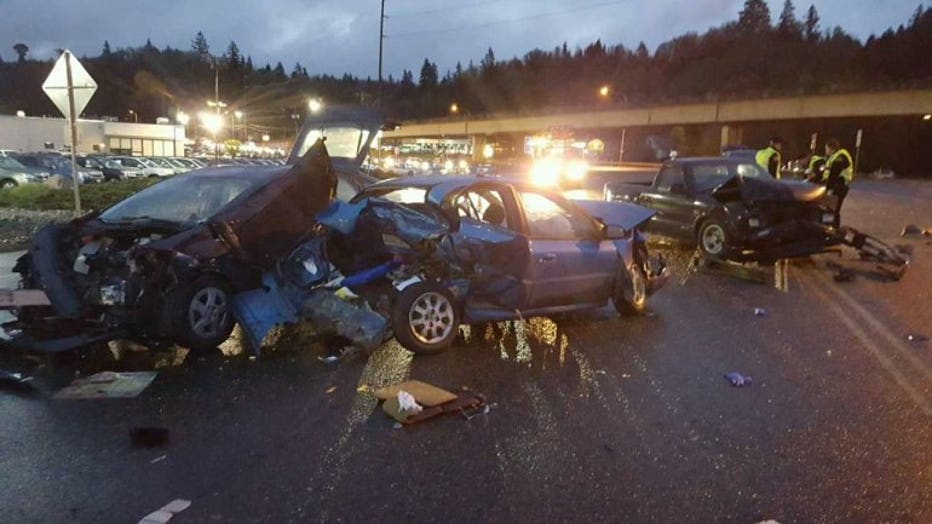 Check our live traffic map here for the latest impact >>