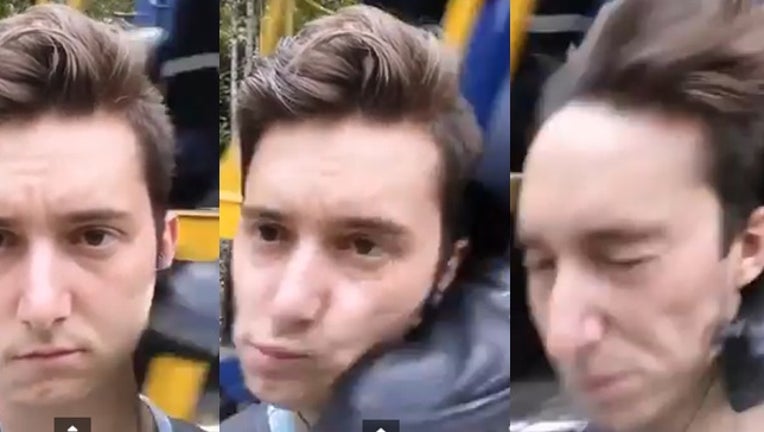 It is a selfie that Jared Michael will likely never forget.

The brief video clip begins with Jared standing next to a train track as a train approaches.

Within seconds the train begins to race by and in a blur you see the legs of a person standing on an outside platform of the train's engine stick out a black boot and kick Jared in the side of the head.

The entire clip is over in 10 seconds.

Jared posted the video on Youtube Tuesday and by Wednesaday morning it had more than 136, 000 views.

"I tried to take a selfie while a train passed a 'safe' distance behind," wrote Jared in the YouTube caption.  "I guess I was still too close and got kicked in the head. I messed up."