(CNN) -- Auto-correct and "Angry Birds." GPS, and those awkward texts from last night.

Mobile phones, and their promise of unprecedented connectivity, have altered the way we live. And it all started 40 years ago today.

That's when Martin Cooper, a vice president at Motorola, stepped onto a New York City sidewalk and made the first known cellphone call in history. And, whether you thank him or blame him, we haven't stopped talking, texting and tweeting since.

In the time since Cooper brandished what would become the DynaTAC phone, our mobiles have gone from now-laughably clunky bricks to sleek, stylized slivers of technology. Now they're becoming fashionably monstrous with phone-tablet hybrids like the Galaxy Note.

And, along the way, they've changed everything. 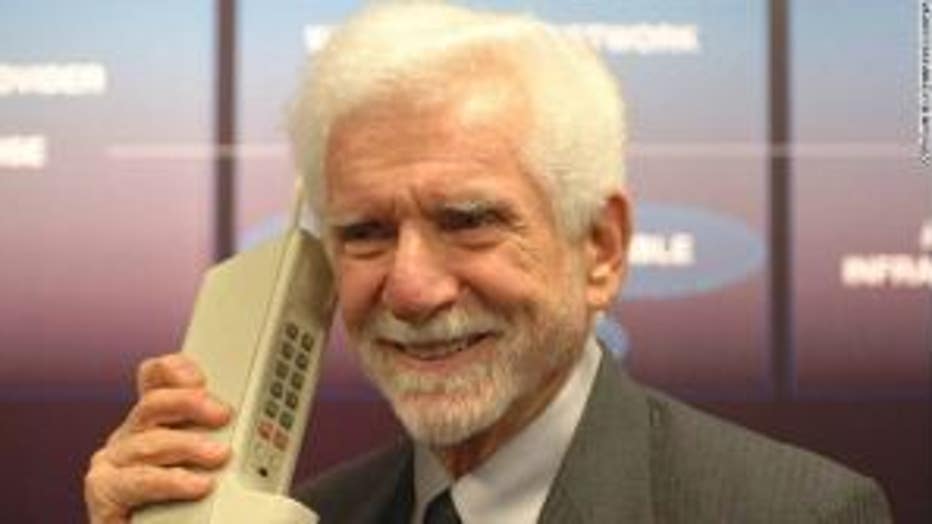 "We knew that someday everybody would have a (cell) phone, but it was hard to imagine that that would happen in my lifetime," Cooper said to CNN last year. "And now we've got almost five billion phones in the world. Wow."

Cooper and his team had been in a race with AT&T's Bell Labs to create a cellphone. They'd worked for about three months on the model he walked outside with on April 3, 1973.

And that first call? It was to AT&T's Joel Engell, who headed up Bell Labs.