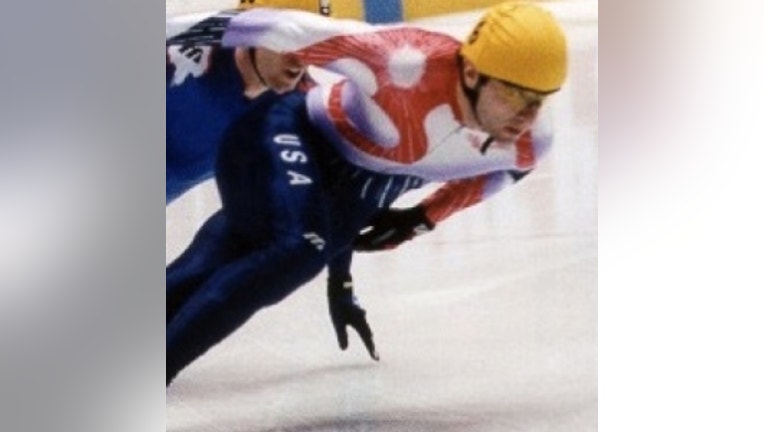 CHICAGO -- Three-time speedskating Olympian Andy Gabel on Friday apologized for alleged sexual misconduct more than a decade ago with a 15-year-old female speedskating teammate at a time when he was in his 30s.

"Almost two decades ago I displayed poor judgment in a brief, inappropriate relationship with a female teammate," Gabel told the Chicago Tribune. "It did not include sex, however I know what happened was wrong, and I make no excuses for my behavior. I apologize to her, and I am sorry for bringing negative attention to the sport that I love."

Meanwhile, the head of the U.S. Olympic Committee said Friday that he supported speedskater Bridie Farrell's decision to publicly disclose allegations that Gabel engaged in sexual misconduct with her in the late 1990s.

"In sport, as in life, we have a duty to do everything we can to protect our children from abuse at the hands of adults," USOC chief executive Scott Blackmun said in a statement to the Tribune. "We are glad that Ms. Farrell chose to tell her story, because it will make others who have been abused aware that they are not alone and hopefully shine a light on the resources that are available to administrators, coaches, parents and athletes to help protect our young athletes.

US Speedskating released a statement that it had begun investigating the allegations from the 31-year-old Bridie Farrell -- first made public on WUWM 89.7 FM in Milwaukee on Thursday.

"Our current understanding is that it was not reported to anyone at US Speedskating or the authorities at that time," the Utah-based organization said in its statement. "We intend to look into this matter immediately to determine what action should be taken."

Gabel, who grew up in the Chicago suburbs, is the International Skating Union's short track committee chairman, won a silver medal in 1994 Games and was president of the board for US Speedskating.

Farrell told the radio station and, subsequently, other media outlets that Gabel engaged in improper sexual contact with her multiple times in New York and Michigan in 1997 and 1998. In an interview with the Tribune, she said she spoke out to raise awareness about sexual misconduct.

"I couldn't talk about it at the time. If you look at the players involved, I'm a kid and he's a god in speedskating," she said, adding, "My purpose is to change the culture of sport."

No charges have been filed and allegations were not reported in the '90s to US Speedskating or the U.S. Olympic Committee, according to Farrell. But a source familiar with the situation told the Tribune the USOC first learned about the alleged misconduct from Farrell on Monday and then encouraged her to speak out.

In his statement to the Tribune, Blackmun directed people to the USOC program safesport.org as a resource.

Farrell told the radio station that as a young girl she was in awe of Gabel, who helped her with equipment and allowed her to drive his car. But she said she knew the relationship was inappropriate because he urged her to keep the contact secret. She told the station she suffered through depression and eating disorders in the years following the relationship.

She said on the air that Gabel was a trusted friend of her family. When asked by the Tribune to elaborate on the relationship, she described it as inappropriate and physical.

She also said: "I was not raped. We did not have sex."

She added she didn't tell her family about the relationship until 2009.

Farrell began skating as child in Saratoga Springs, N.Y. She tried unsuccessfully to make Olympic teams in 1998, 2002 and 2006, after which she stopped skating. The 2008 graduate of Cornell now is a registered representative for New York Life Insurance Company, according to her website. She returned to training last December, hoping to compete in the Sochi Games in 2014.