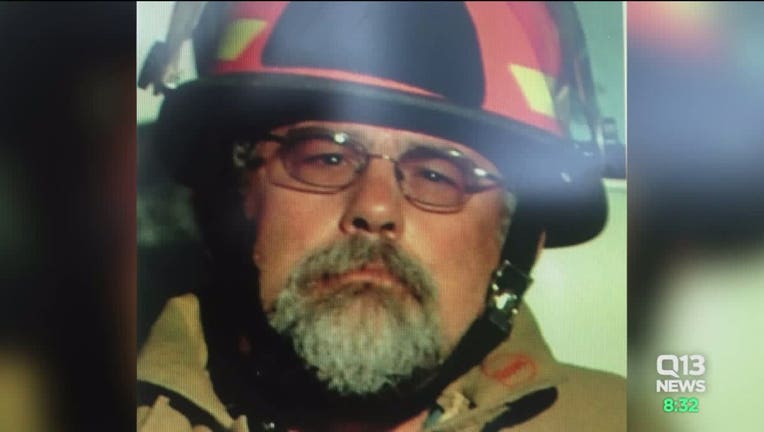 SEATTLE -  The assistant fire chief in Okanogan County who was badly burned while battling a wildfire has died more than a month after he was injured.

Christian Johnson, 55, died Wednesday at Harborview Medical Center, surrounded by his family and friends, according to a news release from Okanogan County Emergency Management.

"The family is grateful for the loving care Christian received from Harborview Medical Center staff, and the unwavering support they received from the Washington State Council of Fire Fighters Burn Foundation," the release says. "Christian’s family thanks all for the prayers and support during this most difficult time."

Johnson sustained burns to more than half of his body while assisting with the Spring Coulee Fire south of Okanogen on Sept. 1. He was placed in a medically induced coma and remained in critical condition for the month he was there.

The family requests that in lieu of flowers, you can donate to the Washington State Council of Fire Fighters Burn Foundation, Washington Wildland Fire Foundation or the Red Cross.


A celebration of life will be announced at a later date.

A fundraising account has been set up to help Johnson and his family with medical bills.

His colleagues said he was well-known and loved within the community:

The Spokesman-Review reports that Christian Johnson, assistant chief with Okanogan County Fire District No. 3, is in a medically induced coma at Harborview Medical Center in Seattle.