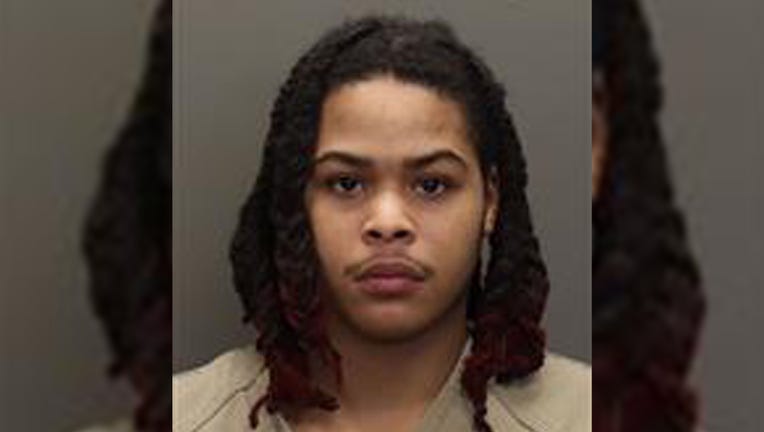 COLUMBUS, Ohio - An Ohio man facing charges in two homicide cases, including the drug-related death of his infant son, was involved in another slaying after he was mistakenly released from jail late last month, authorities said.

David A. Johnson III, 20, of Columbus, was released from the Franklin County Jail on Nov. 29 after a county courts staffer accidentally made an error while filing a form, The Columbus Dispatch reported.

Johnson’s attorney arranged for him to turn himself in after the mistake was discovered, but Johnson did not do so.

Authorities said Johnson and two other people were involved in an attempted robbery at a gas station in Columbus on Dec. 13 that ended with the shooting death of a 21-year-old man. Johnson then remained at large until he was arrested Monday night.

Johnson was initially charged with murder and other counts in an April 2021 shooting in Columbus that left his mother wounded and killed a 26-year-old man. He was placed on house arrest later that year, but a judge revoked that last month after Johnson was charged and jailed in the death of his year-old son.

Authorities said the boy died after ingesting drugs while in Johnson's care, and he initially was charged with drug possession and child endangerment. After an autopsy showed fentanyl in his son's system, Johnson was also charged with involuntary manslaughter.

A motion was filed Nov. 29 to dismiss Johnson’s initial charges in municipal court, and county prosecutors were planning to seek an indictment in the county's Common Pleas court. Despite the dismissal, Johnson should have remained in jail since his bond had been revoked, but he was freed that day because the clerical error meant jail officials were never notified that he should not be released.