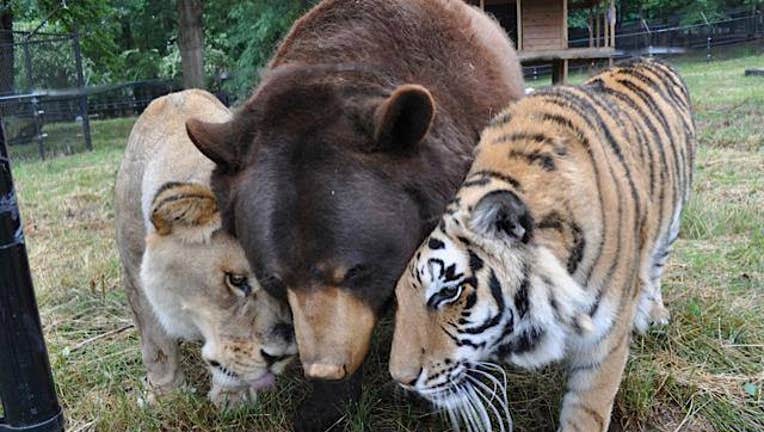 It sounds like something straight out of a movie.

But this unlikely trio lives together in harmony at Noah's Ark Animal Sanctuary in Georgia.

According to Noah's Ark, all three animals were born in early 2001 and ended up at the sanctuary that summer.

Baloo the American Black Bear, Leo the African Lion, and Shere Khan the Bengal Tiger were discovered in an Atlanta home's basement during a drug raid, according to Noah's Ark.

The three cubs were malnourished and underweight. The Department of Natural Resources took them to the sanctuary for treatment.

The animals grew up together and have lived at the sanctuary ever since.

"Baloo, Leo and Shere Khan eat, sleep, and play together and even seek out grooming and affection from one another, head rubbing and licking each other," according to Noah's Ark's Facebook page. "Their terrifying early months in life bonded the three together and they are truly inseparable despite of their obvious differences."