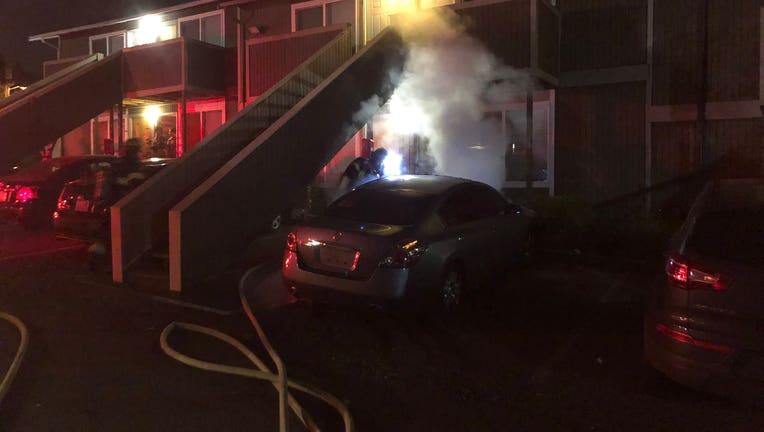 Later that morning, Puget Sound Fire reported that two people broke a car window and threw burning materials into it. The car was extinguished before it could spread to a nearby building.

Officials said the two car fires were similar but it's unknown if they were connected.

After the car fires, crews quickly extinguished a dumpster fire near the East Hill Fred Meyer.

Officials did not say if the dumpster fire was connected to the others.

No injuries have been reported.