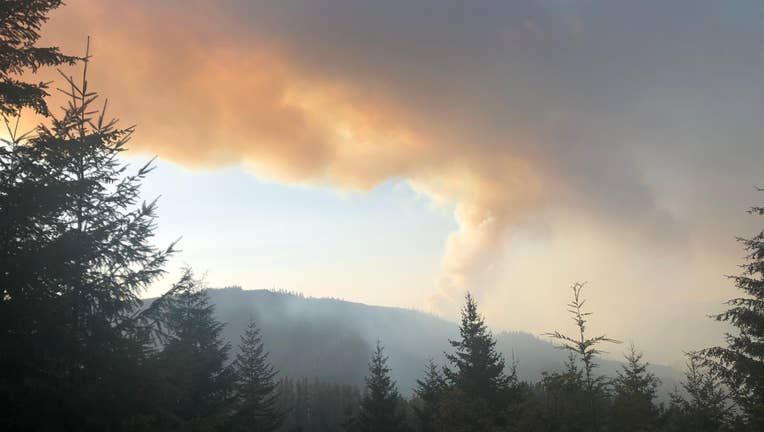 Bryan Cutchen, Oakridge city administrator and acting fire chief, said the death is suspected to have been caused by a tree falling on the firefighter, The Register-Guard reported.

Cutchen said the victim was a young man.

The Lane County Sheriff’s Office said in a news release Monday night that deputies along with partners from numerous other agencies were on scene investigating. Authorities were also working to notify the man’s family, according to the agency.

The man was working on the eastern edge of the Gales Fire at the time of the incident, according to Larry Nickey, deputy incident commander liaison for Pacific Northwest Team 13.

"We don’t have any information we can release right now because of the investigation," Nickey said on Monday afternoon.

The Gales Fire is within the Middle Fork Complex of fires that started in the Willamette National Forest the week of July 26. More than 500 personnel are working at the complex.

The fires are about 9 miles (14 kilometers) north of Oakridge and have burned about 24 square miles (63 square kilometers) and have prompted evacuations.