YAKIMA COUNTY, Wash. - Fire officials are concerned about high winds in the forecast this weekend as more firefighters arrive to help contain the Evans Creek Fire burning near Yakima between Naches and Ellensburg.

The fire was 69,920 acres as of Friday morning, or 110 square miles. It started Monday afternoon 8 miles northwest of Naches. It is 10% contained. The cause is under investigation.

Over 900 firefighters and 21 aircraft have been called to fight the blaze, which remains a top priority in Washington and Oregon, officials said a news conference Friday.

“We are doing everything we can, bringing every single resource from firefighters to aircraft on this,” State Public Lands Commissioner Hilary Franz said. “It is the largest fire we have and we’re hoping it is going to be the last large fire this year.” 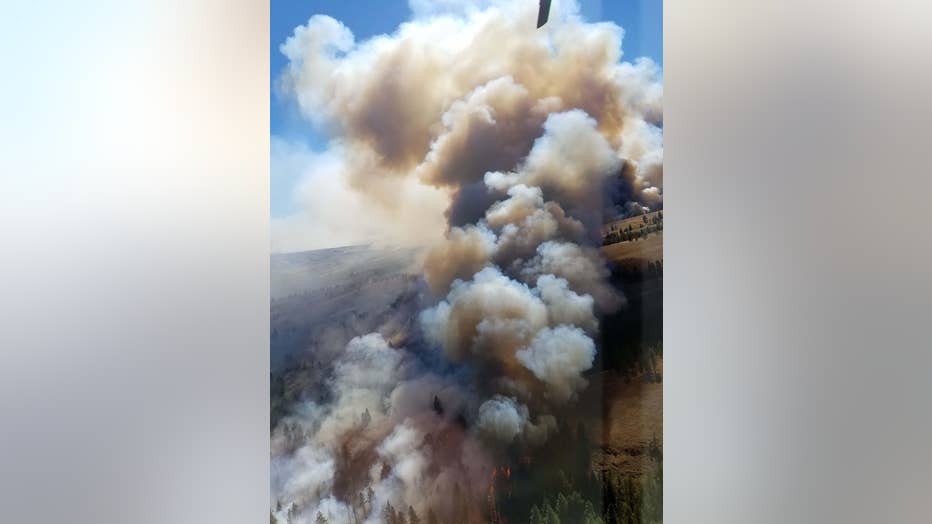 Yakima County Emergency Management Operations Director Horace Ward confirmed six homes have been destroyed and 126 people have been displaced and are staying in hotels. No fatalities have been reported.

The Red Cross has set up two evacuation locations at hotels. One location is a Quality Inn in Selah, another is a Red Lion Hotel in Yakima. Red Cross officials say about a hundred evacuees have stayed in those locations since the shelters opened up this week.

"We've had people that have lost their homes and it's really, really sad," said Mark Naubert, a Red Cross shelter manager. "We had on individual that had to bury their pets the other day."

Firefighters on the front lines said the dry heat and winds will be factors heading into the weekend.

"It's rough. Especially on this 90-to-100 degree weather," said Jeffrey De La Rosa, Engineer Lead for DNR. "So, we really just try to water up whenever we can."

Even COVID-19 is playing a factor in battling the fire. Firefighters are temperature checked every time they arrive and leave base camp. Social distancing is also being encouraged whenever possible. 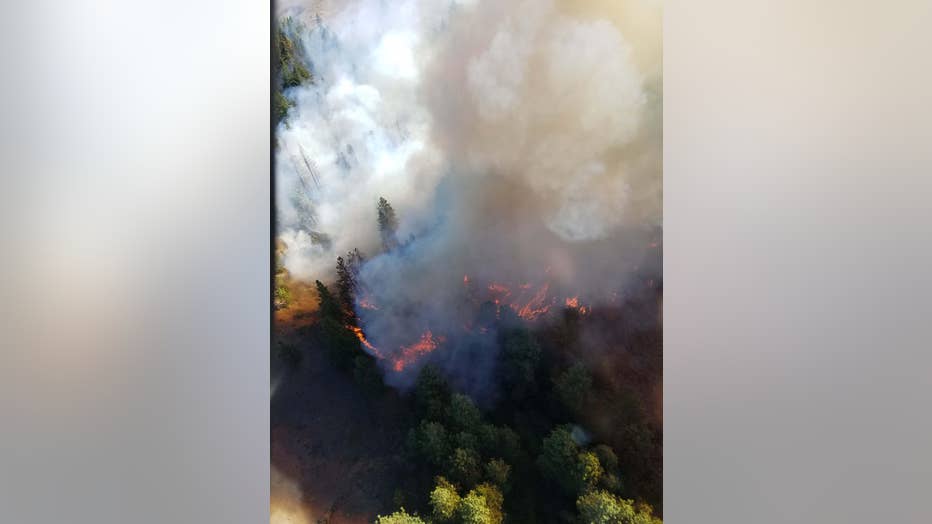 Despite the anxiety of the fire, in Selah, many people are stepping up and helping others. Kate Platt owns Nana Cates Cafe in town. She said she was evacuated on Wednesday. Her and her husband are staying in a trailer that they own, near their cafe.

"It was scary, but we really are ok," she said.

To give back, the cafe is making hundreds of meals for firefigthers and for Red Cross evacuees.

"Being able to feed people and put food in their mouths, comfort food, homemade food...it gives them some peace," said Platt. 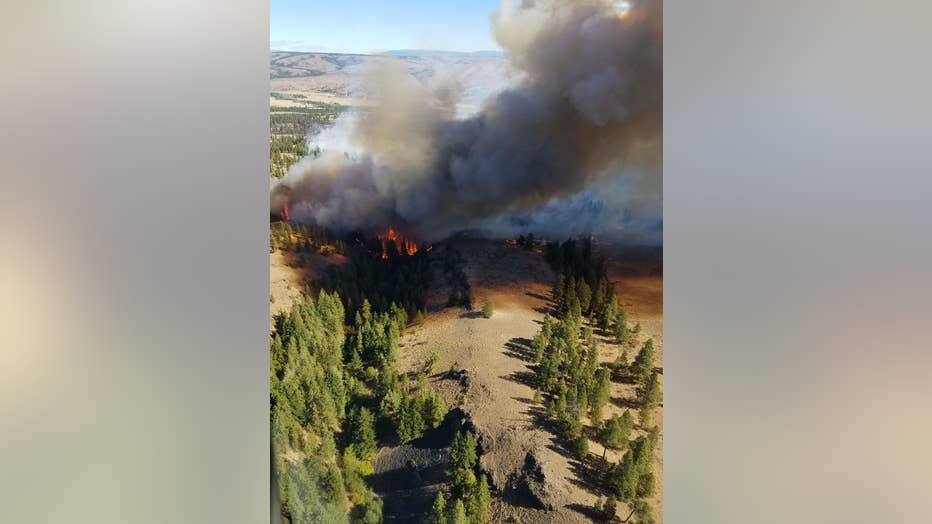