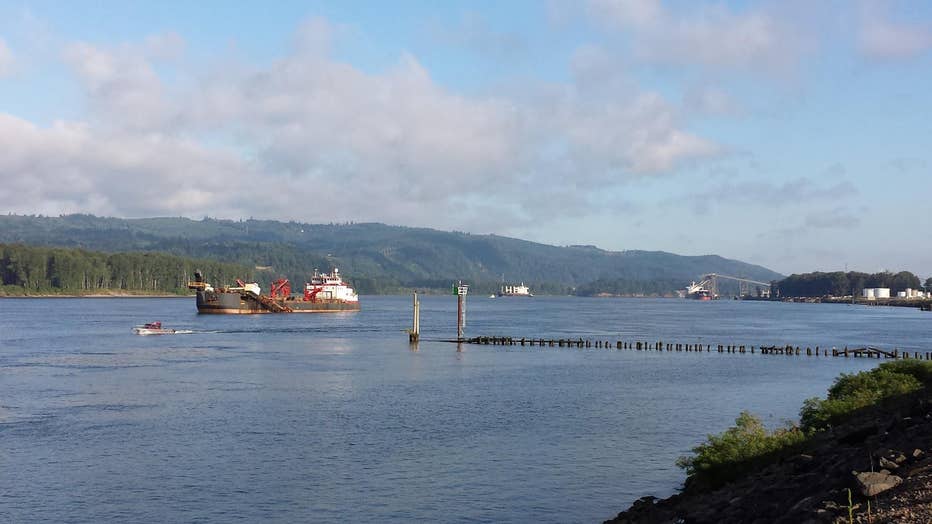 File photo of Port of Kalama

KELSO, Wash. (AP) — Customs and Border Protection officials believe a man who disappeared from a cargo vessel at the Port of Kalama jumped ship.

The Daily News reports the 37-year-old from Myanmar, Aung Kyaw Thu Tun, had been detained on the vessel because he did not have a U.S. passport.

He was last seen around 11 p.m. Christmas Day and was reported missing the next morning after he did not report for duty.

His flip-flop sandals were found at the railing of the Unico Stella, a Marshall Islands-flagged bulk cargo ship that departed from the Columbia River two days later. Authorities searched the shoreline and found no sign of him.

Information from: The Daily News