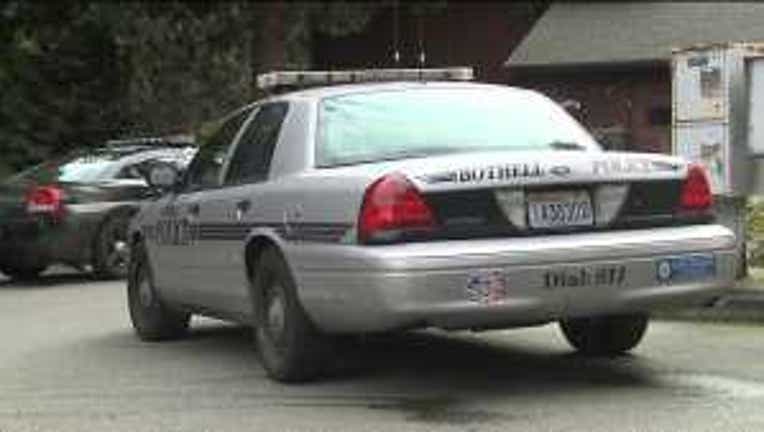 BOTHELL --  Just after 7 a.m. Friday, security officers at the Food and Drug Administration building in Bothell spotted a suspicious vehicle in the parking lot and went out to investigate.

Police said a 15-year-old boy behind the wheel sped out of the parking lot and got involved in an accident. The teen left the accident scene and headed to a nearby residence. When police showed up there, they located the black Chrysler 300 from the shooting incident, then went inside where they found the injured suspect.

“Found a 15-year-old male who had a gunshot wound in the foot,” Ireton said. “Minor facial wounds. Took him into custody.”

A Northshore School District alternative high school is right across the street from the FDA building. Many students saw what happened on their way to class.

The teen was treated and released from the hospital.

Officers transported the teen to a juvenile holding facility in Everett for booking on second-degree assault.

The Snohomish County SMART team is investigating the incident.