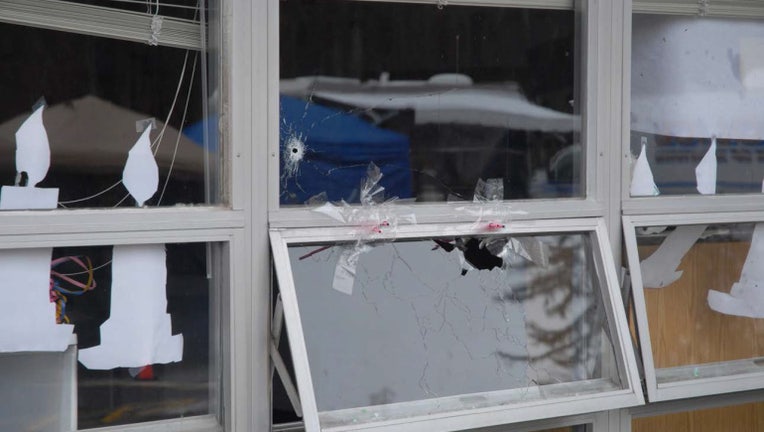 The dedication offered condolences for the 27 people murdered on December 14, 2012 and says the twenty first graders are "the sole reason for this report" before listing them all by first name.

In January, 2013, The Office of the Child Advocate was directed by the Connecticut Child Fatality Review Panel to prepare a report that would focus on Adam Lanza (referred to as AL in the report) and review the circumstances that led up to the shooting. The authors say they aimed to form recommendations for public health system improvement. They also say they hope the report will make "children, families, and communities safer in the future."

"This report will identify missed opportunities in the life of AL. Authors underscore however that only AL was responsible for his murderous actions at Sandy Hook. There can be no direct line drawn between one entity or person's actions and a mass murder. This report cannot and does not answer the question of "why" AL committed murder. This report focuses on how to identify and assess youth from a very young age, the importance of effective mental health and educational service delivery, and the necessity of cross-system communication amongst professionals charged with the care of children."

The report outlines 37 key findings starting from his "earliest childhood" until the day of the shooting. AL presented "significant developmental challenges from earliest childhood, including communication and sensory difficulties, socialization delays, and repetitive behaviors." Those social-emotional challenges increased after fourth grade and his preoccupation with violence increase. The report say extremely graphic writings that appeared to have been largely unaddressed by schools and possibly by parents.

The report say extremely graphic writings that appeared to have been largely unaddressed by schools and possibly by parents.

Doctors attempted to treat AL with medication but the report says he was resistant to medication and it appears that behavior was reinforced by his mother. AL stopped communication with his father in 2010. Post high school, he became increasingly preoccupied with mass murder. In the last few months of his life, AL did not leave the house and did not eat. He was 6 feet tall and weighed only 112.

In 2012, Mrs. Lanza started discussing plans to move out of Sandy Hook. The report says that stimulated fears of leaving the "comfort zone" of his home before he planned and executed the massacre.

"Findings in the report strongly implicate the need to assist parents with understanding and addressing the needs of children with complex developmental and mental health disorders."

"While this report focuses on educational, physical and mental health issues, the authors recognize the significant role that assault weapons and high-capacity ammunition clips play in mass murder. That AL had ready access to them cannot be ignored as a critical factor in this tragedy. Assault weapons are the single most common denominator in mass shootings in the United States and as such, their ready availability must be considered a critical public health issue."

The report also makes it clear that autism was not a factor in cases like this:

"The likelihood of an individual with Autism Spectrum Disorder or severe problems with anxiety and obsessive compulsive tendencies committing an act of pre-meditated violence, much less one of AL's magnitude, is rare."

"The role of denial of illness is a relevant theme in this report. While the roots of denial are complex, our healthcare system must address the role that stigma plays in the minimization of psychopathology."

The report says the state must increase access to services and step in to support families who have children with specialized needs because "parents may be overwhelmed with their own difficulties and the burdens of daily care and support for a youth with significant disabilities."

"Much more attention needs to be paid to post-secondary readiness for disabled youth and young adults, with a focus not only on academic skills but the ability to live as independently as possible, with or without community supports."

The report also states that while they have made several recommendations, "in the end, only he, and he alone, bears responsibility for this monstrous act."