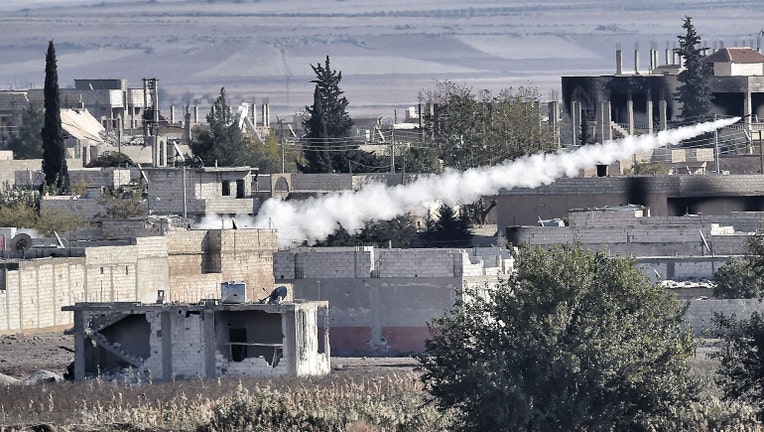 (CNN) -- The decision to increase U.S. troop deployments to Iraq isn't a sign the U.S. strategy against ISIS is failing, but rather a signal the campaign is entering a new phase, President Barack Obama said in an interview broadcast Sunday on the CBS news program "Face the Nation."

The additional 1,500 troops are being sent to help train Iraqi army soldiers and militia fighters to battle ISIS on the ground after weeks of U.S. and allied airstrikes.

"The airstrikes have been very effective in degrading ISIL's capabilities and slowing the advance that they were making," Obama told the show. "Now what we need is ground troops, Iraqi ground troops, that can start pushing them back." ISIL is another acronym for ISIS.

U.S. forces will not go into combat, Obama said, reiterating previous promises that there won't be a U.S. ground role in the fighting. But, he said, the United States will provide local troops with "close air support" once they are ready to go on the offensive against ISIS.

The group has seized large swaths of territory in Iraq and Syria, rebranding itself the "Islamic State" as it seeks to establish an Islamic caliphate in the region.

Obama's comments come amid continuing violence in Syria and Iraq, much of it in areas controlled by ISIS.

Syrian government helicopters dropped barrel bombs on the ISIS-controlled town of al-Bab on Sunday, killing at least 21 people, including a child, a London-based monitoring group said.

At least 100 people were wounded in the attack on the Aleppo suburb, the Syrian Observatory for Human Rights reported.

The ongoing violence in Syria, Obama told CBS, shows that "it's an almost absolute certainty" that Syrian President Bashar al-Assad has lost legitimacy within Syria and must leave power if the country is to come together again.

But, he said, the U.S. priority for now is defeating ISIS, not taking action against the Syrian regime.

"We do want to see a political settlement inside of Syria," Obama said. "That's a long-term proposition. We can't solve that militarily, nor are we trying to."

Meanwhile, in neighboring Iraq, no evidence had yet emerged to back up unconfirmed reports that ISIS leader Abu Bakr al-Baghdadi was wounded in airstrikes on a convoy near Mosul.

A Pentagon spokesman confirmed the airstrikes Saturday, saying they had targeted "what was assessed to be a gathering of ISIL leaders."

But Col. Patrick Ryan said he could not confirm reports that al-Baghdadi was in the convoy.

Obama also addressed Iran's role in the fight against ISIS.

With no diplomatic relations with Iran and lingering concerns over its nuclear program and links to terrorist groups, the administration has had to walk a tightrope over Iran's involvement.

U.S. officials have previously rejected suggestions that they coordinate with Iran to defeat ISIS, something Obama reiterated on "Face the Nation," while declining to discuss any possible response to a letter he recently wrote to Iran's supreme leader Ayatollah Ali Khamenei.

"There is some deconflicting, in the sense that since they have some troops or militias they control in and around Baghdad. Yeah, we let them know, 'Don't mess with us. We're not here to mess with you.' We're focused on our common enemy," Obama said.