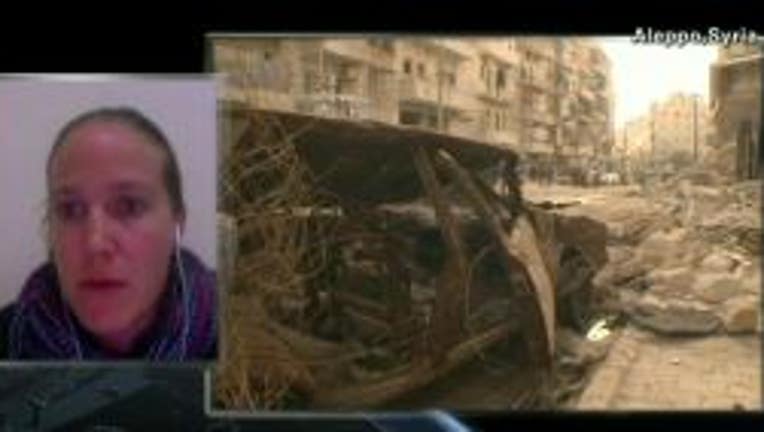 WASHINGTON -- The United States warned Syria in no uncertain terms Monday not to use chemical weapons amid intelligence reports indicating President Bashar al-Assad's regime could be preparing to take that step as it escalates its fight against rebel forces.

"I want to make it absolutely clear to Assad and those under his command -- the world is watching," President Barack Obama said during a speech at the National Defense University in Washington.

"The use of chemical weapons is and would be totally unacceptable. And if you make the tragic mistake of using these weapons, there will be consequences and you will be held accountable," he said.

Obama has previously warned that any use of chemical weapons by Syria in its civil war would be crossing a "red line" that would prompt a swift U.S. response.

"I'm not going to telegraph in any specifics what we would do in the event of credible evidence that the Assad regime has resorted to using chemical weapons against their own people," she said. "But suffice it to say, we are certainly planning to take action if that eventuality were to occur."

U.S. officials are concerned that with fighting closing in on Damascus, forcing the temporary closure of the airport there, the regime may be feeling desperate and toying with the idea that chemical weapons could finally crush the persistent rebellion.