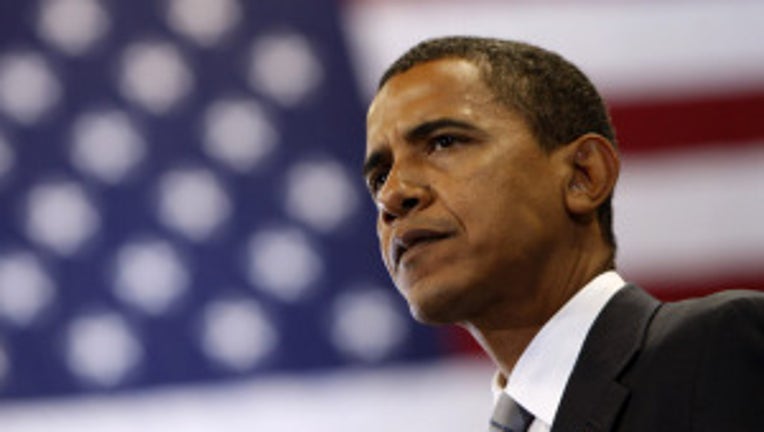 WASHINGTON -- Politics trumped progress on Friday as President Barack Obama and Republican leaders traded blame for $85 billion in forced spending cuts after they failed to come up with a compromise to avert the harshest impacts.

The president Friday night signed an order required by law that set in motion the automatic, government-wide cuts.

Obama and congressional leaders from both parties met for about 45 minutes at the White House, but no agreement emerged to avert the cuts that both sides oppose.

The House speaker, John Boehner, R-Ohio, emerged with the same talking points he has been repeating for weeks. He said he would not agree to the president’s demand that the cuts be replaced with a deficit reduction deal that includes new taxes on upper-income earners.

QUIZ: How much do you know about sequestration?

Obama sought to dial back some of the rhetoric. Most Americans, he said, won't immediately feel the effects of the complex process known as sequestration, which is expected to unfold like a slow-motion budgetary car crash.

"The longer these cuts remain in place, the greater the damage to our economy — a slow grind that will intensify with each passing day," Obama said after meeting congressional leaders for less than an hour in the Oval Office. "This is not going to be an apocalypse.... It's just dumb. And it's going to hurt."

The pain of $85 billion in across-the-board cuts will kick in next month when agencies are forced to order air traffic controllers, food inspectors, prosecutors, janitors and other federal workers to take one or two days of unpaid leave for every two-week pay period. Most federal agencies are required to give workers at least 30 days' notice of any furloughs.

The slow ramp-up gives Obama and congressional Republicans time to strike a deal before the next crisis hits — a potential government shutdown. The legislation authorizing money to run the government expires March 27.

The GOP-led House plans to pass a budget bill next week, giving the Democratic-controlled Senate a chance to act in time to keep the government running.

"I'm hopeful that we won't have to deal with the threat of a government shutdown while we're dealing with the sequester at the same time," House Speaker John A. Boehner (R-Ohio) told reporters after the White House meeting.

The Justice Department and National Labor Relations Board issued furlough notices ahead of Friday's midnight deadline. The vast majority of furloughs at other agencies are not expected to begin until April.

The acting head of the Internal Revenue Service, Steven T. Miller, informed employees that they would not be furloughed until after tax-filing season ends this summer. They then would need to take five to seven days of unpaid leave before Sept. 30.

The Pentagon said it would furlough most of its 800,000 civilian employees one day a week — amounting to a 20% pay cut — with notifications coming this month.

Except for military pay and a few other accounts, all the Pentagon's 2,500 budget accounts will be cut by up to 15% for the rest of the fiscal year, as the Defense Department is required to cut spending by $42.7 billion in 2013.

"As the year goes on, it will be unmistakable," Ashton Carter, the deputy secretary of Defense, said of the effect. "It's not subtle."

Defense Secretary Chuck Hagel said the Air Force would start reducing flying hours immediately, the Army would curtail training and the Navy would "gradually stand down" four of its air wings. A Navy air wing typically has seven or eight squadrons of aircraft.

When asked for specific actions the Pentagon would take this weekend, Carter did not name any. Over the next two weeks, he said, Army units scheduled to go to the National Training Center, a vast installation in the California desert, would see those plans canceled.