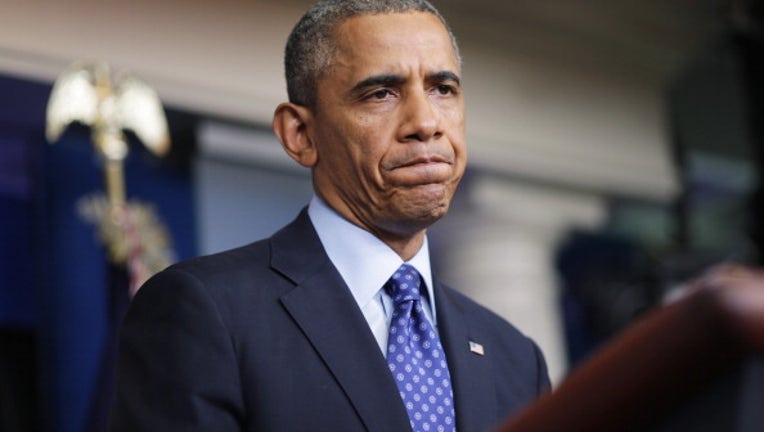 "We have to see concrete actions, and not just words that Russia in fact is committed to trying to end this conflict along the Russia-Ukraine border," Obama told reporters at the White House.

With the new sanctions, "what we are expecting is that the Russian leadership will see once again that its actions in Ukraine have consequences, including a weakening economy, and increasing diplomatic isolation," the President said.

They will not be able to get new medium- and long-term financing in the United States, senior administration officials told reporters in a conference call.

In addition, the new sanctions freeze any U.S. assets and prohibit American business contacts for eight Russian arms companies that make weapons, including small arms, mortars and surface-to-air missiles. Also covered is the Kalashnikov Concern, maker of the AK-47 and other arms.

Also on the list: Four Russian government officials, including the minister of Crimean affairs, along with the self-styled Luhansk People's Republic and Donetsk People's Republic leading the separatist campaign in eastern Ukraine, and Aleksandr Borodai, the self-declared "prime minister" of the Donetsk group.

Earlier this year, the United States and Europe imposed a range of sanctions in response to Russia's annexation of Crimea this spring and massing of troops along its eastern border with Ukraine. The earlier sanctions included asset freezes and travel bans.

Russia and Ukraine have since been engaged in a tense standoff, including clashes between pro-Russian separatists and Ukrainian forces in the Donetsk and Luhansk regions.

"I've repeatedly made it clear that Russia must halt the flow of weapons and fighters across the border into Ukraine, that Russia must urge separatists to release their hostages and support a cease-fire, that Russia needs to pursue internationally-mediated talks, and agree to meaningful monitors on the border," Obama said.

Russia has failed to do any of those steps, he added.

Ukraine's government in Kiev has accused Russia of allowing weapons and military equipment, including tanks, to cross the border illegally into the hands of pro-Russian separatists.

Meanwhile, the Pentagon said on Wednesday Russia now had 12,000 troops on the border with Ukraine, as well as some heavy weapons. The troop numbers had fallen to about 1,000 previously from a high of an estimated 40,000 forces earlier this year.


CNN's Jim Sciutto and Barbara Starr contributed to this report.