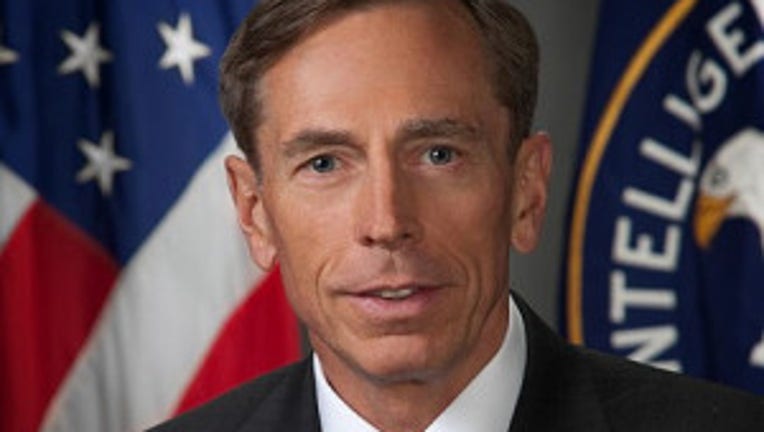 Obama declined to comment on questions about why the FBI did not notify the White House and congressional leaders sooner of the investigation that led to Petraeus' resignation.

"I am withholding judgment with respect to how the entire process surrounding Gen. Petraeus came up," he said. "We don't have all the information yet but I want to say I have a lot of confidence generally in the FBI. So I'm going to wait and see."

In Congress, some lawmakers in both parties are increasingly concerned that they were not notified sooner of the investigation that led to Petraeus' downfall, as well as potential security breaches.

In calling for a special select committee to investigate the September 11 attack on the U.S. Consulate in Benghazi, Libya, Sen. Lindsey Graham, R-South Carolina, said he is increasingly concerned about the potential fallout from the Petraeus affair and any national security implications, including ones linked to the Libya attack.

House Intelligence Committee Chairman Mike Rogers, R-Michigan, and ranking member Dutch Ruppersberger, D-Maryland, were expected to conduct a "big-time dive" in closed-door briefings with CIA and FBI officials into issues surrounding Petraeus' resignation and whether Congress should have been notified sooner.

Senate Intelligence Committee Chairwoman Dianne Feinstein, D-California, said Tuesday that she has "many questions about the nature of the FBI investigation, how it was instituted."

"And we'll be asking those questions," she said.

But the committee's ranking Republican member, Sen. Saxby Chambliss of Georgia, said Wednesday the group will not look into questions about the FBI investigation and how congressional leaders learned about it until after the bureau concludes its work.

Secretary of Defense Leon Panetta on Wednesday defended his request to withhold the nomination of Gen. John Allen to become NATO commander pending the investigation into his contacts with Jill Kelley, the woman whose complaints about anonymous, harassing e-mails led to the discovery of Petraeus' affair with Paula Broadwell, his former biographer.

Defense officials announced Tuesday that the FBI had referred information to them indicating Allen may have exchanged potentially inappropriate e-mails with Kelley, who is an unofficial volunteer at MacDill Air Force Base. Allen was once stationed at the base.

Allen has denied wrongdoing, a senior defense official said. Sources familiar with Kelley have said the relationship between the two was not sexual.

"There is no affair," a senior official close to Allen said. "She is a bored rich socialite involved with every single senior commander at CentCom, because she worked as an honorary ambassador."

The move to delay Allen's nomination was "a prudent measure until we can determine what the facts are, and we will," Panetta told reporters Wednesday. "No one should leap to any conclusions."

He said Allen "certainly has my continued confidence to lead our forces," a viewpoint shared by Obama, according to White House spokesman Jay Carney.

While the nature of the relationship between Allen and Kelley, if any, is unclear, evidence of an affair could subject the general to military prosecution. Adultery is a violation of military law.

That Allen remains in command in Afghanistan suggests that there is no criminal issue, a U.S. official told CNN. But the official said the Defense Department's inspector general, an agency watchdog, could still find evidence of criminal conduct.

Kelley has not responded publicly to the latest news.

Both Allen and Petraeus appear to know Kelley's sister, Natalie Khawam. The men wrote letters in support of the sister in a custody battle, court records show.

One of the sources familiar with Kelley said she first mentioned the alleged harassment in a casual conversation with an FBI agent she knew socially. She did not seek him out specifically for action on the matter, but he was happy to help, the source said. The source added that Kelley did not know at first that the e-mails led to Petraeus.

Kelley, 37, and her husband have released a statement saying they have been friends with Petraeus and his family for more than five years and asked for privacy.

Meanwhile, details continue to emerge Wednesday about the Petraeus affair.

A source familiar with Kelley's version of events said the anonymous e-mails later traced to Broadwell -- which led to the discovery of Petraeus' affair -- began in June. It wasn't until two months later that the FBI told Kelley who had sent the e-mails, said the source, adding that Kelley does not know Broadwell and has never met her.

Kelley's version differs from one offered by the senior official close to Allen, who said it was Allen who received an anonymous e-mail about Kelley, and tipped her off that someone was threatening her."

On Monday, FBI agents were at Broadwell's home in Charlotte, North Carolina, according to spokeswoman Shelley Lynch. She declined to say what the agents were doing there.

A source told CNN national security contributor Fran Townsend that Broadwell was acting as Petraeus' archivist and that the FBI went to the house to look for any documents she might have. It was not clear, the source said, whether any of the material was classified.

The Internet has been abuzz with video of a speech by Broadwell in which she suggested the Libya attack last September 11 was targeting a secret prison at the Benghazi consulate annex, raising unverified concerns about possible security leaks.

"I don't know if a lot of you have heard this, but the CIA annex had actually taken a couple of Libyan militia members prisoner and they think that the attack on the consulate was an effort to get these prisoners back," she said in a speech last month at the University of Denver.

A senior intelligence official denied the claims, saying no prisoners were ever held at the annex. Broadwell did not provide a source for her information, and there's no evidence so far that it came from Petraeus.

Administration officials have said the Benghazi assault was a terrorist attack.

Petraeus was scheduled to testify on Capitol Hill this week about the Benghazi attack at closed-door hearings. Some Republicans have criticized the administration's response to the attack and have speculated that the timing of Petraeus' departure was linked to the congressional inquiry.

Feinstein said Tuesday that she hopes to bring Petraeus before the panel as early as Friday.