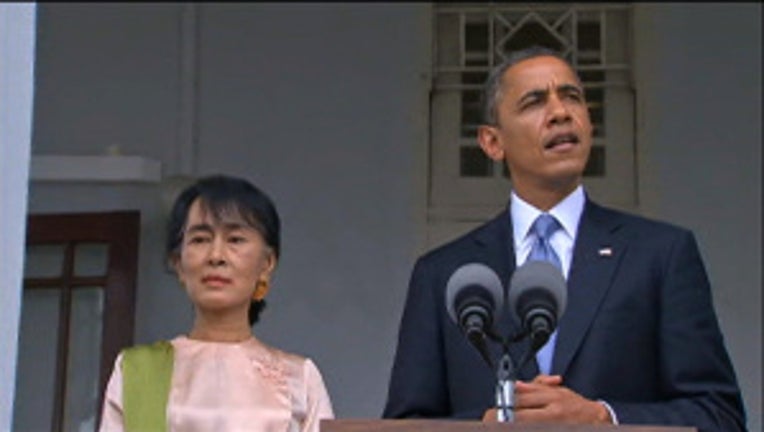 Later Monday, Obama held what an aide called a "tense"meeting with Cambodia's prime minister that emphasized the need for improving human rights in the nation hosting a summit of regional leaders.

The president's trip, his first since winning re-election, overshadowed the focus his administration will place on Asia in a second term as part of a strategy to blunt Chinese influence in the region.