JERUSALEM – Opening his first presidential visit to the nation's closest Mideast ally, President Obama declared Wednesday that "peace must come to the Holy Land" during a red carpet arrival ceremony with Israeli leaders.

In remarks after landing at Ben Gurion International Airport in Tel Aviv, Obama described the U.S.-Israeli bond as “eternal,” the apparent theme of the three-day trip. The words "unbreakable alliance" are emblazoned on official signs, shirts, flyers and mugs all over Jerusalem and Tel Aviv. 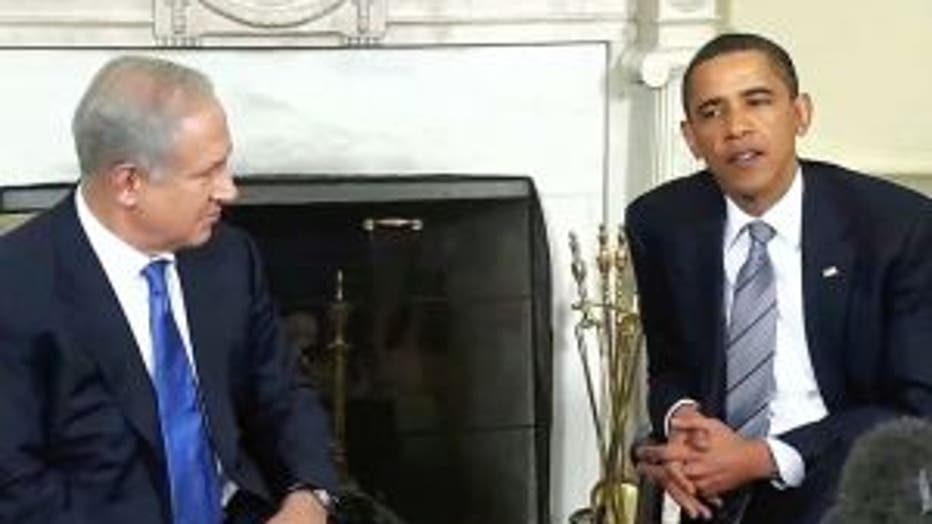 Obama’s trip, the first foreign visit of his second term, is aimed at mending a fraught relationship with Israel’s prime minister, Benjamin Netanyahu, and reassuring nervous Israelis that Obama is committed to their security.

Obama’s comments were notable for what he did not say, avoiding mention of  the Palestinian conflict, settlement construction,  Iran or any other sensitive issues.

He instead immediately acknowledged Israel’s 3,000-year connection to the Holy Land, emphasizing that he was visiting “the historic homeland of the Jewish people.”