Bill Clinton may have helped write a crime thriller this summer, but Barack Obama is now the hero of one—along with his trusty sidekick, Joe Biden. 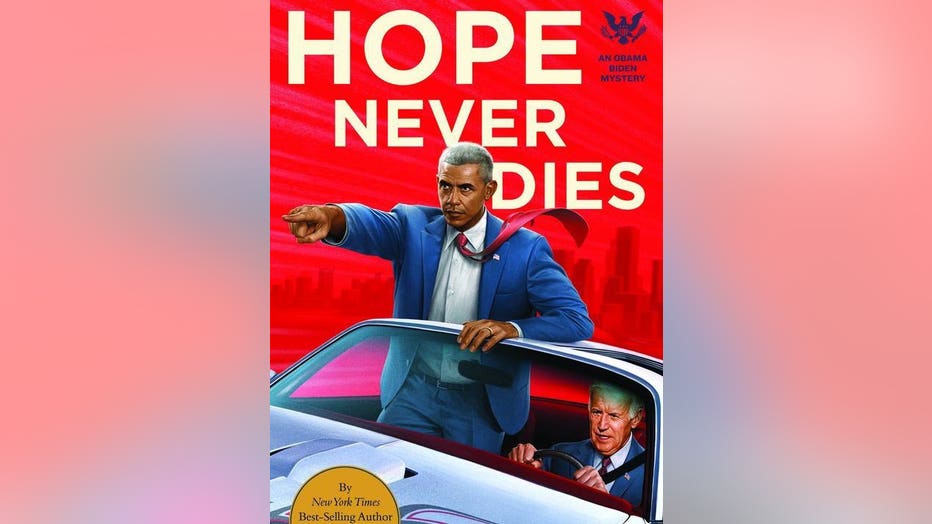 Author Andrew Shaffer is out with a new book called Hope Never Dies in which a fictional Obama and Biden team up to solve a mystery, and it's billed as the first in a series featuring the crime-fighting duo, per this USA Today review.

It is, in the words of Thu-Huong Ha at Quartzy, "a deeply silly piece of fan fiction," though somehow "readers may find themselves smiling even as they eye roll."

Over the top? Consider this scene picked out by the New York Times: Obama bursts into the clubhouse of a motorcycle gang carrying a sawed-off shotgun to rescue Biden. “Looks like you all know who my pal is,” Biden tells the startled bikers. “He’s the guy who killed Bin Laden,” one of them responds.

In another, the pair are in a motel room playing POTUS, SCOTUS, or FLOTUS, a game in which they name three female politicians and decide which they'd make president, put on the Supreme Court, or marry.

Despite the goofiness, the book is "also at times a surprisingly earnest story about estranged friends who are reunited under strange circumstances," writes Alexandra Alter at the Times.

Shaffer says the idea began forming when he saw a photo of Biden in mirrored sunglasses. “I thought, that guy looks like an action hero, then he opens his mouth and sticks his foot in it." The winning pitch to his agent was succinct: “A cozy mystery starring Joe Biden and Obama, together again, solving a murder at the Iowa State Fair."