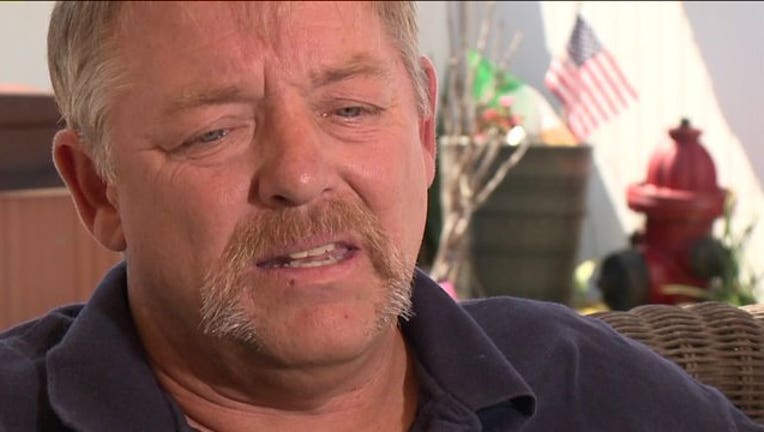 New York, NY (WPIX) -- "There is nobody that worked that pile that is not thinking in the back of their mind that the other shoe is going to fall and that you're going to get sick."

For FDNY Firefighter Ray Pfeifer, that other shoe fell more than four years ago.

The 56-year-old Pfeifer became concerned when a sharp pain shot through his leg. Analysis by specialists revealed a baseball size tumor in his leg. Pfeifer's body was comprised by an aggressive cancer.

"I was given the last rites a couple of times," he said.

Pfeifer has been fortunate to elude what has taken so many of his fellow brothers.

However, sometime in the not so distant future, Pfiefer will unfortunately join many of the same brothers he shared sorrow and sweat with for days on end at the pile.

The 56-year-old's body is ravaged by stage 4 cancer.

"I've made my peace with the world. My kids are older, I think we did a good job with them. I made some great friends and we'll carry on, you know. It's tough," he said.

Upon reflection, Pfeifer shared that he along with others knew that the pile was an unhealthy environment.

"We joked about it on the pile, 'Oh, there is the smoke. There is the green smoke, now let's walk around the other side and try to not get cancer this week," he recalled.

Once diagnosed, Pfeifer said he felt as if no one in Washington D.C. cared.

"In the beginning, I felt abandoned by politicians that have our whole life in their hand," he said.

As for his visits to the hospital for treatment, he said, "When I go to Sloan Kettering and I walk into the lobby and I see people that I know, cops and fireman that dug on the pile, you know it's bad."

While Pfeifer holds out hope that he will once again miraculously overcome insurmountable odds, he admits he shouldn't be around.

He and his close friend Mike Otten switched schedules at the last second. To this day, he gets emotional over the innocent switch and how it has impacted the lives of others.