PORT ORCHARD, Wash. -- The National Weather Service has confirmed that an EF-2 tornado touched down near Port Orchard Tuesday afternoon, damaging 400-plus homes.

"It's traumatic, especially as we approach the Christmas season," Wilson said. 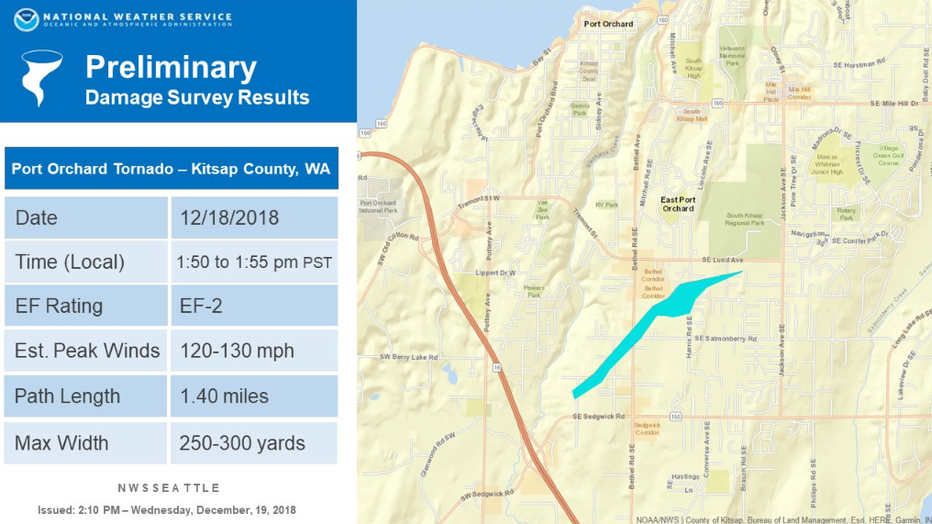 This is the strongest tornado in Washington state since 1986, and the last time an EF-2 or stronger hit in December was in 1969. The Kitsap County Sheriff's office called the damage "catastrophic."

No serious injuries were reported. Power had been restored by Wednesday to much of the affected area with the exception of the most severely damaged homes, the sheriff's office said. Some roads remained closed.