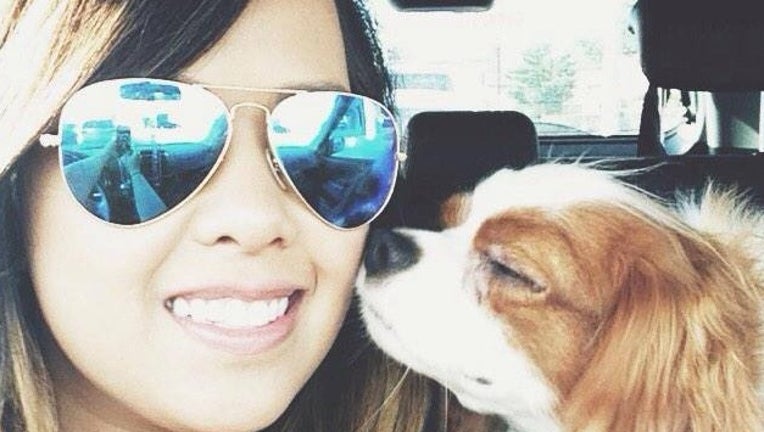 Nurse Nina Pham, 26, who has come down with Ebola after treating infected patient in Dallas hospital. (Photo: Facebook)

DALLAS -- The nurse who is being treated for Ebola in Dallas says she is "doing well" in a statement released by the hospital.

"I'm doing well and want to thank everyone for their kind wishes and prayers," Nina Pham said, according to Texas Health Presbyterian Hospital, where she is being treated. "I am blessed by the support of family and friends and am blessed to be cared for by the best team of doctors and nurses in the world here at Texas Health Presbyterian Hospital Dallas."

Here's what we know about the 26-year-old Texan:

Pham grew up in a Vietnamese family in Fort Worth, Texas.

She didn't go far away for college, attending Texas Christian University in the same city. Pham graduated with a nursing license in 2010.

And just two months ago, she received certification in critical care nursing, which deals specifically with life-threatening problems.

"She is a very devoted Catholic, and always puts the other people's interests ahead of her own," said family friend Tom Ha, who has known Pham since she was in 8th grade.

Ha taught Pham in Bible class at his church.

"She comes from a family that is (of) a very strong faith," he said. So he wasn't surprised "that she (did) more than her duty called for in order to make sure the patient had a chance to survive."

When Pham called the church to let members know she contracted Ebola, "everybody at the church" began crying, he said.

She loves her job

Ha, the family friend, said nursing isn't just a job for Pham -- it's a calling.

"I think that she takes it (as) more than a career. I think it's a vocation, because her family, from the time that we met, they always serve other people," he said.

When she was accepted into nursing school, she was really excited, a family friend told the Dallas Morning News.

"Her mom would tell her how it's really hard and a bunch of her friends quit doing it because it was so stressful," the friend told the paper. "But she was like, 'This is what I want to do.'"

Not only is Pham skilled in proper nursing techniques, she was a scrupulous teacher, too.

Jennifer Joseph trained under Pham at Texas Health Presbyterian Hospital in Dallas. Though she now works at another hospital, she remembers the guidance she received from Pham.

"Knowing Nina, she's one of the most meticulous, thorough, effective nurses," Joseph told CNN affiliate KTVT. "She taught me infection control and hand hygiene and protocol. I learned so much of that from her."

Joseph said she also has faith those taking care of her now will help their colleague recover.

"I have full confidence they'll be able to get her through this."

She has a sense of humor

Among the boards she set up on her Pinterest account are two filled with funny e-cards: "Laughter is the best medicine" and "Nurse things."

"I hate the questions that start with, 'So you're a nurse, let me ask you ..." read one of the pins she posted.

She adores her dog

But Dallas city spokeswoman Sana Syed said Bentley is safe and being cared for in quarantine.

"That dog was very important to her," said Mayor Mike Rawlings. "We want to make sure that dog is as healthy as can be at this point and being taken care of."

fficials emailed a video of Bentley to Pham Monday night, he said, hoping that it might boost her spirits.