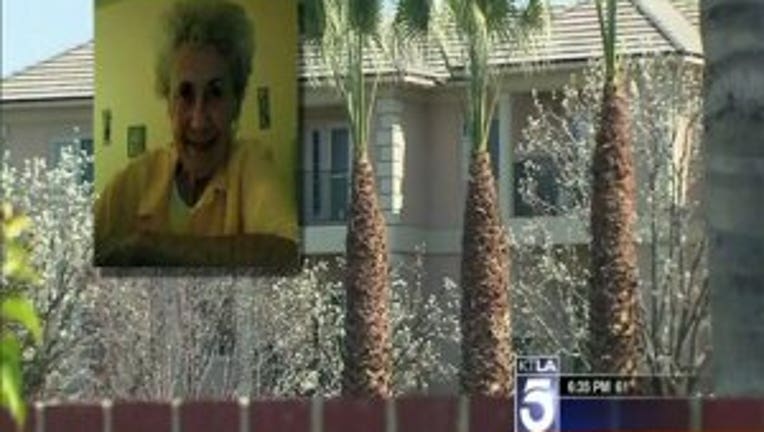 The facility's policies prohibited the nurse from giving CPR to the 87-year-old woman, who was said to be barely breathing.

Authorities are trying to "determine whether or not there is any criminal wrongdoing in the matter," such as negligence or abuse, said Michaela Beard, a spokeswoman for the Bakersfield Police Department.

The executive director of the facility, Glenwood Gardens, defended its policies.

“In the event of a health emergency at this independent living community our practice is to immediately call emergency medical personnel for assistance and to wait with the individual needing attention until such personnel arrives,”  Glenwood Gardens director Jeffrey Toomer said in a statement.

“That is the protocol we followed," he said. "As with any incident involving a resident, we will conduct a thorough internal review of this matter, but we have no further comments at this time.”

Bakersfield fire dispatcher Tracey Halvorson pleaded with the nurse on the phone, begging her to start CPR on the elderly resident, according to the 911 recording released by the Bakersfield Fire Department.

“It’s a human being,” Halvorson said, speaking quickly. “Is there anybody that’s willing to help this lady and not let her die?”

The nurse refused to give the woman CPR, saying it was against the facility’s policy for staff to do so, according to the recording.

The elderly woman was identified by KGET-TV as 87-year-old Lorraine Bayless. She died Tuesday at Mercy Hospital Southwest, KGET reported.

On the recording, a different Glenwood Gardens employee said that an elderly woman had passed out in the facility’s dining room while eating and was barely breathing.

For several minutes, Halvorson begged the nurse to begin CPR, saying something had to be done before an ambulance arrived.

After the nurse repeatedly refused, Halvorson asked her to find a passerby or anyone who would be willing to help. Halvorson said she would talk someone through performing CPR.

“I understand if your facility is not willing to do that,” Halvorson told the nurse. “Give the phone to that passerby, that stranger. … This woman’s not breathing enough.

“She’s going to die if we don’t get this started. … I don’t understand why you’re not willing to help this patient.”

The nurse could be heard talking to someone else at the facility.

“She’s yelling at me,” she said of Halvorson, “and saying we have to have one of our residents perform CPR. I’m feeling stressed, and I’m not going to do that, make that call.”

The patient did not have a do-not-resuscitate order, according to KGET-TV. When Halvorson asked the nurse if she was going to let the woman die, the nurse said, “That’s why we called 911.”

After a few minutes, the nurse said the ambulance had arrived. The tape ended with Halvorson sighing.

Bayless' daughter told KGET that she was a nurse and was satisfied with her mother's care at Glenwood Gardens, the station reported.