(CNN) -- The United States will talk to North Korea, but only if the country gets serious about negotiating the end of its nuclear weapons program, Secretary of State John Kerry said after arriving Friday in Seoul for talks with U.S. ally South Korea.

"North Korea will not be accepted as a nuclear power," he said.

His trip to South Korea -- part of an Asian swing that also includes North Korean ally China -- comes a day after a Pentagon intelligence assessment surfaced suggesting the country may have developed the ability to fire a nuclear-tipped missile at its foes.

Disclosed first by a congressman at a hearing Thursday and then confirmed to CNN by the Defense Department, the Defense Intelligence Agency assessment is the clearest acknowledgment yet by the United States about potential advances in North Korea's nuclear program. 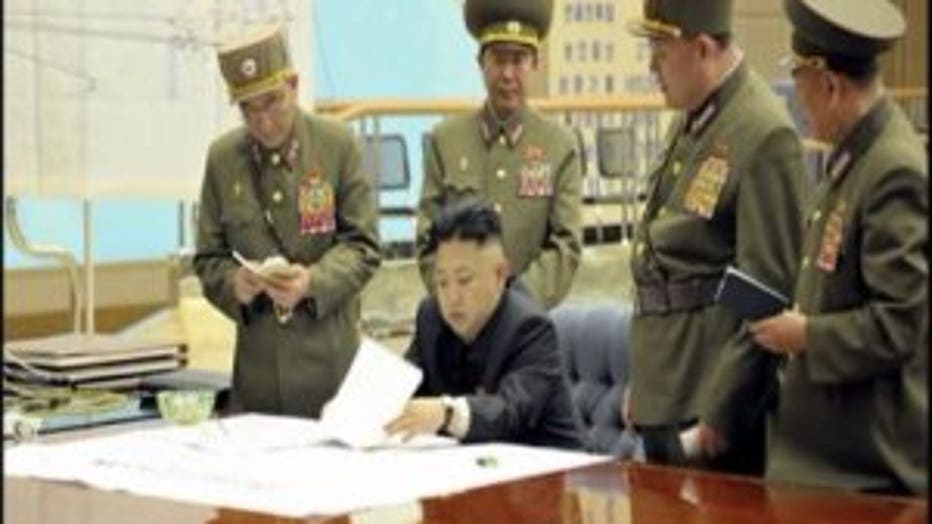 Despite weeks of bellicose rhetoric from Pyongyang threatening nuclear attacks on the United States, South Korea and their allies, U.S. officials have characterized the North's saber rattling as largely bluster.

U.S. officials think North Korea could test-launch a mobile ballistic missile at any time in what would be seen by the international community as a highly provocative move.

But a senior administration official said there's no indication that any such missiles have been armed with nuclear material.

Still, the defense agency said it has "moderate confidence" that North Korea could fit a nuclear weapon on a ballistic missile and fire it. But agency analysts think such a missile's reliability would be low -- an apparent reference to its accuracy.