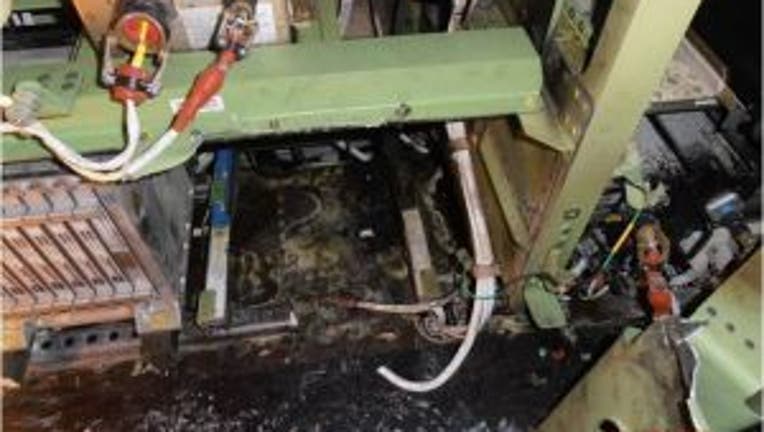 Boeing 787 Dreamliners will remain flightless birds for some time, it appears.

Federal investigators said Thursday they are still early in their probe of a Dreamliner battery fire in Boston Jan. 7. That fire, along with a subsequent 787 battery problem in Japan, led to groundings of Boeing's breakthrough plane model in the U.S. and elsewhere.

The revelation at a news conference Thursday afternoon that investigators still have not found a cause may suggest grounded Dreamliners, including six owned by Chicago-based United Airlines, won't be airborne anytime soon.

"We are early in our investigation. We have a lot of activity to undertake," said National Transportation Safety Board Chairman Deborah A.P. Hersman, pointing to one upcoming forensic test that alone takes a week. "There is a lot more work to be done before we can identify what caused this event."

The NTSB is the lead investigator of the battery fire in Boston aboard a Japan Airlines 787 aircraft.

Despite many aviation experts calling the 787's numerous mechanical glitches "teething pains" that all new airplane models go through, Hersman emphasized the gravity of fires on planes.

"This is an unprecedented event. We are very concerned. ... We do not expect to see fire events on board aircraft," she said. "This is a very serious air safety concern."

Nobody was hurt in the fire on the 787 in Boston or in an emergency landing in Japan after battery-related smoke and fumes on a different 787 were discovered.

The NTSB investigation will try to explain why multiple backup protections in the battery and the electronics systems aimed at preventing a fire failed, Hersman said.

"These events should not happen," she said. "As far as the design of the aircraft, there are multiple systems to protect against a battery event like this. Those systems did not work as intended. We need to understand why."

Besides fire, NTSB investigators found evidence of short circuits in the charred eight-cell, 63-pound battery and "thermal runaway," essentially uncontrolled spreading of heat. But those were symptoms, not necessarily causes, Hersman said. The batteries were made in Japan by Kyoto-based GS Yuasa Corp.

News that the NTSB investigation may be protracted -- longer than the few days some had predicted -- is bad news for Chicago-based Boeing.

Boeing last week halted deliveries of new 787s, until the FAA lifts the flight ban. However, Dreamliner production continues. Boeing is working to double monthly output in 2013 to help shrink a backlog of about 800 orders that swelled during multiple delays to the jet's debut, which came in late 2011.

Deliveries are important because that's when planemakers get large bulk payments on the purchase price of a jet. The 787's list price starts at about $207 million, but airlines typically buy at discount.

In a statement Thursday, Boeing said it is assisting in multiple investigations in the U.S. and Japan.

"The company has formed teams consisting of hundreds of engineering and technical experts who are working around the clock with the sole focus of resolving the issue and returning the 787 fleet to flight status," Boeing said.

Earlier Thursday, Boeing received a vote of confidence from United Airlines, the only U.S. airline  to own the new jet, during an earnings call with United Continental Holdings CEO Jeff Smisek. "History teaches us that all new aircraft types have issues, and the 787 is no different," Smisek said. "We continue to have confidence in the aircraft and in Boeing's ability to fix the issues, just as they have done on every other new aircraft model they've produced."

United had been using a Dreamliners on a route between Chicago and Houston. After the grounding, the route has been flown with a different aircraft.

Dreamliners in the U.S., Japan, Europe and elsewhere have been grounded since Jan. 16, after a 787 operated by All Nippon Airways made an emergency landing in Japan because battery-related smoke and fumes. That followed the fire in Boston that the NTSB is investigating.

The Dreamliner grounding was the first since the McDonnell Douglas DC-10 had its airworthiness certificate suspended following a deadly crash in Chicago in 1979.

Boeing has sold about 850 of its new aircraft, with 50 delivered to date. The plane is half made of a composite material, leading some to call it a "plastic plane." It makes greater use of electronics, powered by batteries, rather than heavy hydraulics. That makes the plane lighter and helps improve fuel efficiency, which is a big deal for airlines.

Boeing has said in statements that it is confident the 787 is safe, and it stands by the plane's integrity. It is cooperating with investigations in the U.S. and abroad.

Because of the groundings, LOT Polish Airlines scrapped its inaugural flight from O'Hare International Airport to Warsaw Jan. 16, just hours after the FAA grounded the plane. LOT officials said they would seek compensation from Boeing for having its two Dreamliners grounded. It will take delivery of the three more due in March only if the problems are resolved, the airline said.

After Thursday, it's clear nobody knows just when that might be.

"There is a tremendous amount of work going on all around the world," Hersman said. "We actually have two shifts of employees both here and in Japan who really are working around the clock to try to solve this."