NTSB investigation indicates what could have caused the deadly floatplane crash

A federal crash team is zeroing in on a mechanical problem that may have caused a floatplane crash that killed 10 people last month near Whidbey Island, Washington.

The National Transportation Safety Board (NTSB) issued an urgent safety recommendation on Thursday, asking everyone who operates the same type of floatplane that crashed near Whidbey Island, killing 10, to check their equipment immediately.

On Sept. 4, a floatplane carrying 10 passengers plummeted into Puget Sound, killing everyone on board. After locating the plane and investigating what went wrong, a federal crash team discovered a key piece of equipment on the plane that may have caused the tragic event. 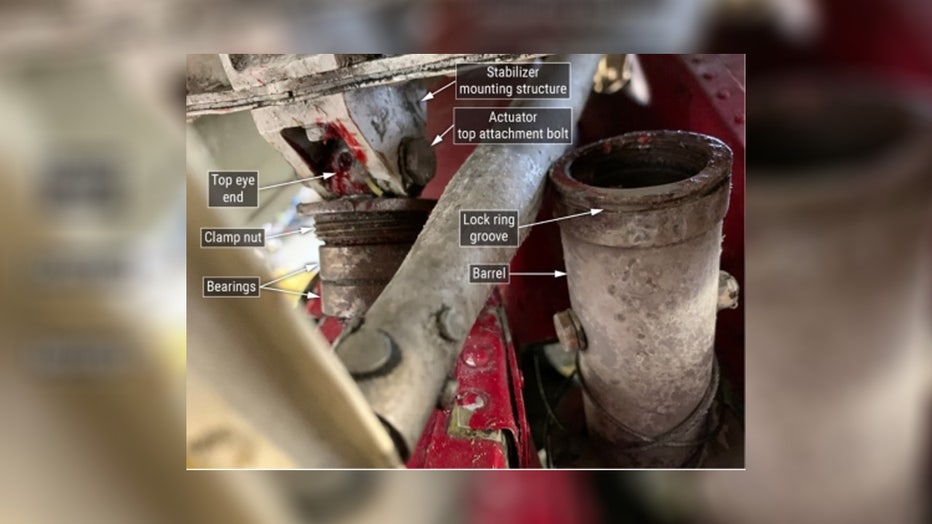 The NTSB is now urgently recommending the Federal Aviation Administration (FAA) and Transport Canada to require all operators of De Havilland Canada DHC-3 floatplanes to inspect their horizontal stabilizer actuator lock ring immediately. Once this has been done, operators are asked to report their findings to the FAA and Transport Canada.

This piece of equipment is part of the plane’s pitch control system, which allows the pilot to steer the plane up or down.

"Immediate action needs to be taken to inspect the actuator of DHC-3 airplanes, of which 40% operate in the United States, to prevent a similar tragedy from happening," said NTSB Chair Jennifer Homendy. "NTSB is issuing this urgent recommendation as a result of a significant finding made by NTSB investigators."

According to the NTSB’s Thursday press release, during the crash investigation, it was discovered that the clamp nut that attaches to the top eye end and bearing assembly of the horizontal stabilizer actuator to the actuator barrel had unscrewed from the barrel.

Additionally, the circular wire lock ring, which was designed to prevent the clamp nut from unscrewing, was not present.

Viking Air Limited stated that this inspection was mandatory, and needed to be done as soon as possible, regardless of when the most recent maintenance was completed.