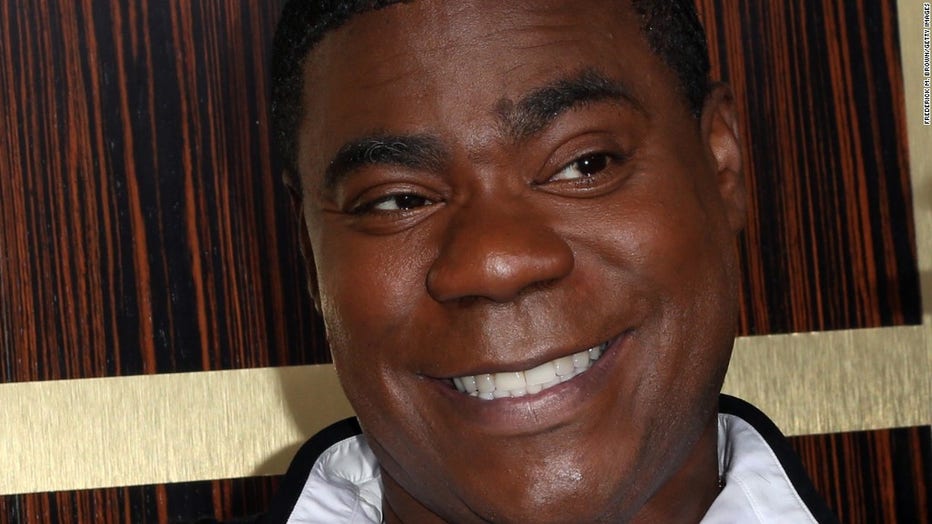 (CNN) -- The truck that rear-ended comedian Tracy Morgan's limo was speeding 20 mph over the limit, and its driver was approaching federal limits on how long he could be behind the wheel, according to investigators.

The National Transportation Safety Board released a preliminary report Thursday on the New Jersey Turnpike crash that badly injured Morgan and killed one of his friends, comedian James McNair, in the early morning hours of June 7.

Morgan, 45, suffered broken ribs, a broken nose and a broken leg. His condition has been upgraded from critical to fair, his publicist Lewis Kay said this week. The condition of another limo passenger, Jeff Millea, has also improved to fair, Kay said.

A criminal complaint filed by police said driver Kevin Roper had been awake for more than 24 hours at the time of the crash. Roper, 35, pleaded not guilty to charges that include vehicular homicide and assault by auto. He is free on $50,000 bond.

The NTSB report said the 2011 Peterbilt truck owned and operated by Walmart was speeding at 65 mph for the 60 seconds before the crash. Roper allegedly ignored a sign a mile earlier warning that lanes were closed ahead for construction and another sign a half-mile later reducing the speed limit from 55 mph to 45 mph, the report said.

The 2012 Mercedes-Benz Sprinter limo carrying Morgan and five other passengers had slowed down because of congestion caused by the center and right lanes being shut down to allow contractors to work on a large overhead sign nearly 3 miles down the road, the NTSB said.

The truck struck the rear of Morgan's limo, and the "two vehicles moved forward and were involved in secondary impacts with other vehicles that were slowed in the traffic queue," the report said. "The limo van rolled over and came to rest on its left side, facing east, across the center and right lanes."

Roper, who lives in Georgia but was based in Delaware, reported for work at 11:22 a.m. on June 6, according to the NTSB report. He made deliveries to Walmart stores in New Jersey, Delaware and Pennsylvania before the wreck 13 hours, 32 minutes later, it said. Federal rules limit interstate commercial drivers to 14-hour shifts before they must rest, the report said.

His total driving time that day was 9 hours, 37 minutes, which is below the 11 hours allowed by federal limits, the report said.

The NTSB, however, is also looking at how long Roper was awake and driving before he reported to work the day before the crash, officials told CNN on Thursday. He lives in Georgia and commutes to his job more than 700 miles away in Smyrna, Delaware, NTSB spokesman Keith Holloway said.

Federal investigators based their preliminary findings largely on the small computer on board the truck that records speed, engine performance, brakes and other information, the report said.

Walmart said last week that it believed Roper was operating within federal rest guidelines but said it would take full responsibility if the investigation shows its truck was to blame. "The details are the subject of the ongoing investigation, and we are cooperating fully with the appropriate law enforcement agencies," said Brooke Buchanan, a spokeswoman for the company.

The NTSB also released new images of the truck and van based on 3-dimensional scans of them after the crash.

Morgan was a regular on "Saturday Night Live" for seven years and later received an Emmy nomination for his role in the comedy series "30 Rock."