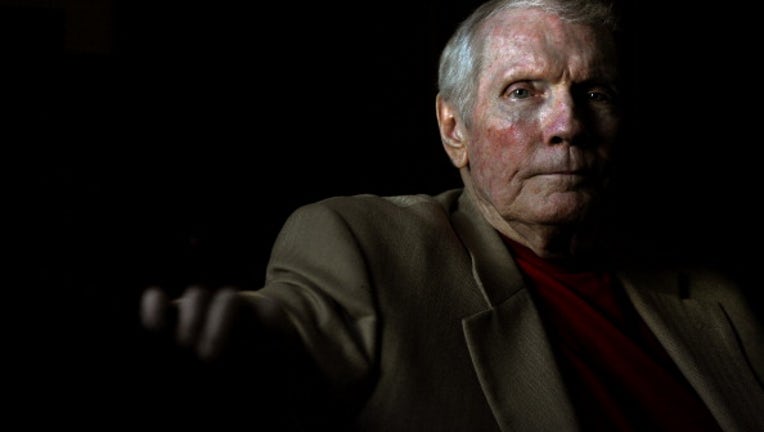 TOPEKA -- Fred Phelps -- the founding pastor of a Kansas church known for its virulently anti-gay protests at public events, including military funerals -- has died, the church said Thursday.

The 84-year-old died of natural causes at 11:15 p.m. Wednesday, according to church spokesman Steve Drain.

Phelps founded Westboro Baptist Church of Topeka, Kansas, in 1955 and molded it in his fire-and-brimstone image. Many members of the small congregation are related to Phelps through blood or marriage.

According to the church's website, it has picketed more than 53,000 events, ranging from Lady Gaga concerts to funerals for slain U.S. soldiers. Typically, a dozen or so church members -- including small children -- will brandish signs that say "God Hates Fags" and "Thank God for Dead Soldiers."

Under Phelps' leadership, Westboro members have preached that every calamity, from natural disasters to the Sandy Hook Elementary School shooting in Newtown, Connecticut, is God's punishment for the country's acceptance of homosexuality. Phelps had advocated for gays and lesbians to be put to death.

In 2013, more than 367,000 petitioners called on the White House to legally recognize Westboro Baptist Church as a hate group. The White House called Westboro's protests "reprehensible" but said that "as a matter of practice, the federal government doesn't maintain a list of hate groups."

In 2011, the Supreme Court upheld Westboro's right to picket military funerals on free speech grounds. Congress and several states, though, have passed laws aimed at keeping church members at a distance from funerals.

Westboro declined to say whether Phelps has been excommunicated. A church statement said March 16 that "membership issues are private" and that eight unnamed "elders" lead the Westboro congregation.