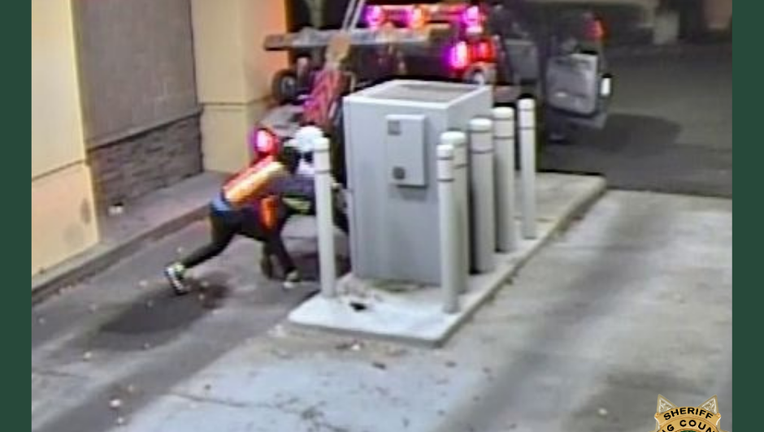 COVINGTON, Wash. - Detectives with the King County Sheriff's Office are looking for two suspects who used a tow truck to completely destroy an ATM in Covington.

According to the sheriff's office, deputies responded about 5 a.m. Sunday to a commercial alarm at a bank in the 27100 block of 185th Ave Se in Covington, a King County Sheriff’s Office contract city.

Surveillance video shows two suspects tampering with an ATM and hooking it to a chain attached to the tow truck in an attempt to steal it.

"There was absolutely nothing sly or clandestine about these ATM thieves," the sheriff's office said. 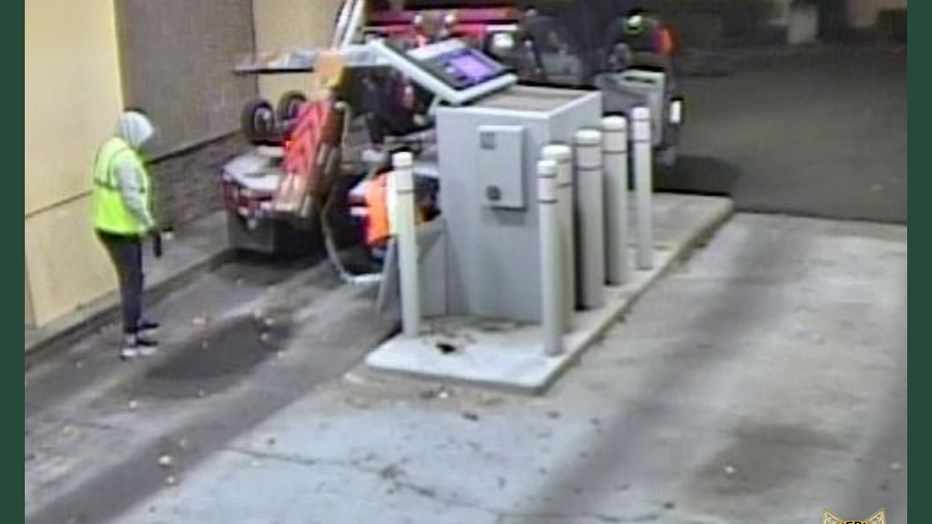 When the deputy arrived, the tow truck was gone and there was no sign of the suspects, both of whom were wearing reflective vests and jeans.

The ATM was completely destroyed and cash was found on the ground. The money was submitted into evidence.

Investigators are asking area residents to look at the surveillance photos and see if they recognize the tow truck. The suspect in the bright yellow/green vest may be a female.

Anyone with information can contact the King County Sheriff’s Office at 206-296-3311 (reference case #C20033985) or submit an anonymous tip to Crime Stoppers at P3tips.org.