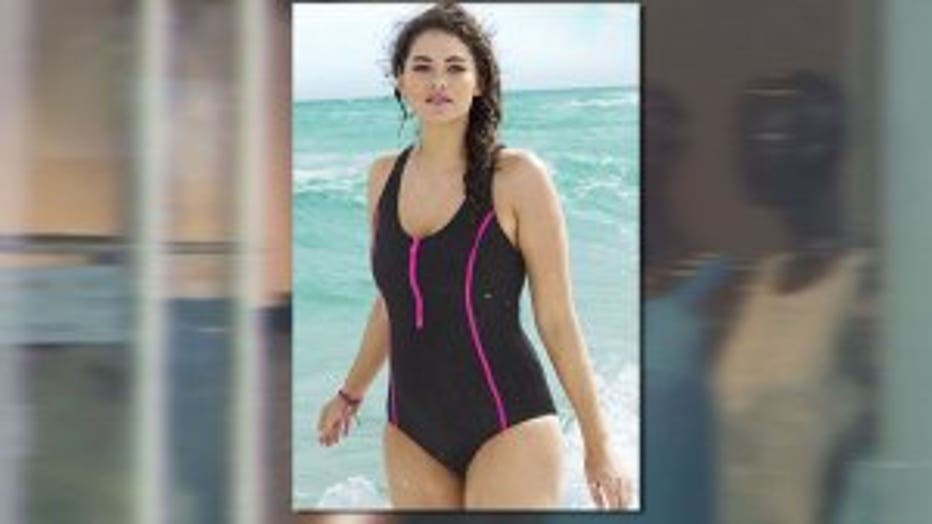 So H&M's recent swimsuit ad campaign is being called realistic, beautiful and refreshing.

“She looks like me; I could be that person,” gushed Seattle resident Victoria Gerhardt.

The average American women is a size 12, just like model Jennie Runk, the new face of the campaign.

“Body image is such a big deal to so many teenage girls,” said teenager Taylor Bissey.

Many young girls said they hope to see more women like Runk in retail ads, but admit it's surprising when it's not the typical skinny models.

“They already see what we value in girls everywhere; they look, every advertisement they see,” said Great Conversations co-founder Julie Metzger.

Metzger says we are saturated with images of size-zero models, causing many teenage girls to question whether they are ugly or obese.

“This time between preteen and teen is one of the most self-conscious times of your whole entire lives,” said Metzger.

And when popular key retailers like Abercrombie & Fitch make it clear they don’t want bigger kids wearing their clothes, that message can be devastating.

“It's more pressure on you to be skinny, and it puts you down,” said Bissey.

In spite of all the negative messages from the outside, Metzger says parents are the most important influence.

“It's very challenging for a girl if their parents are obsessed with their own looks and they are constantly talking about their deficiencies and then to turn to your girl and say but your fantastic,” said Metzger.

“It is a very natural response for us to go oh you look so great, those are such cute shoes,” said Metzger.

Take the emphasis away from looks instead focus on inner qualities and accomplishments.

“It's crazily disappointing that it is just one,” said Metzger.

Runk considers herself a ‘plus size’ model but H&M is featuring her as a normal model, not a plus size.