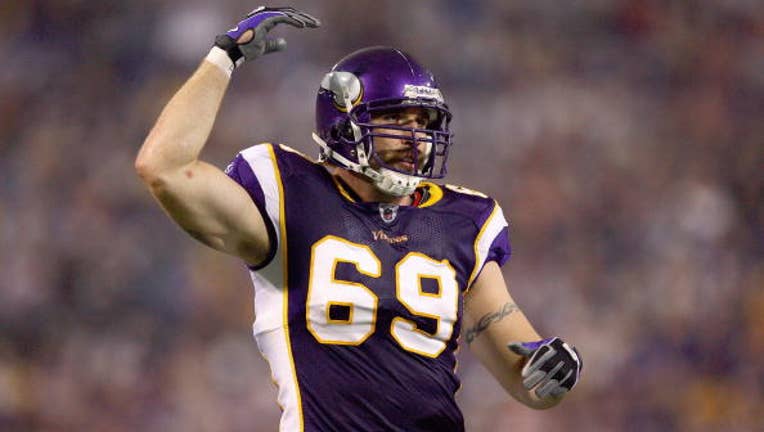 2: Jared Allen #69 of the Minnesota Vikings celebrates on the field during the game against the Indianapolis Colts.

CHICAGO -- The rumors turned out to be false.

Defensive End Jared Allen, whispered last week to be headed to the Seattle Seahawks, signed a 4-year deal with the Chicago Bears Wednesday morning. Allen will receive $32 million over four years, with $15.5 million guaranteed. That makes him the Bears' highest average-per-year earner on defense.

The Seahawks reportedly offered Allen a 2-year deal late last week. He was said to be "thinking" about the deal over the weekend.

Allen, who will turn 32 in April, has 128.5 career sacks and comes to Chicago after spending his past six seasons as a division rival with the Vikings. Allen had 52 tackles and 11.5 sacks last season.

"We're really excited about adding Jared to our football team," Trestman told the website. "We know what his abilities bring to the table. Jared is certainly a very experienced player in the league. We believe he's going to come in hungry and excited to be part of our football team, and we believe he'll fit right in with the other new players that we've added and the guys that are already on the defensive side of the ball. I know that our defensive coaches are excited as well."

With information from the Chicago Tribune