SEATTLE -- Did you spot the green glow in the sky Tuesday and Wednesday night? What about red?

Many skywatchers in Western Washington saw the Aurora Borealis - aka the Northern Lights -- Tuesday night and again Wednesday night.

Others shared photos on the Q13 News Facebook page:

The National Weather Service said a "solitary green" pillar was captured by their rooftop camera around 5 a.m. Wednesday. It's not the classic light show experienced by some near the North Pole, but it's something for Washingtonians to look at.

The aurora glow is often visible in the Pacific Northwest, Kelley said, but usually obscured by clouds. He said it can be hard to spot, especially in the city.

But you can see it if you're patient.

"Just look up each night and watch the night sky for 15 minutes to get used to the dark," Kelley said.

Rural areas are more likely to spot the glow. Kelley said during solar storms, he's even spotted hints of red over Seattle.

A website called Aurora Service predicts how far south the lights can be seen. It's also available on the National Oceanic and Atmospheric Administration. 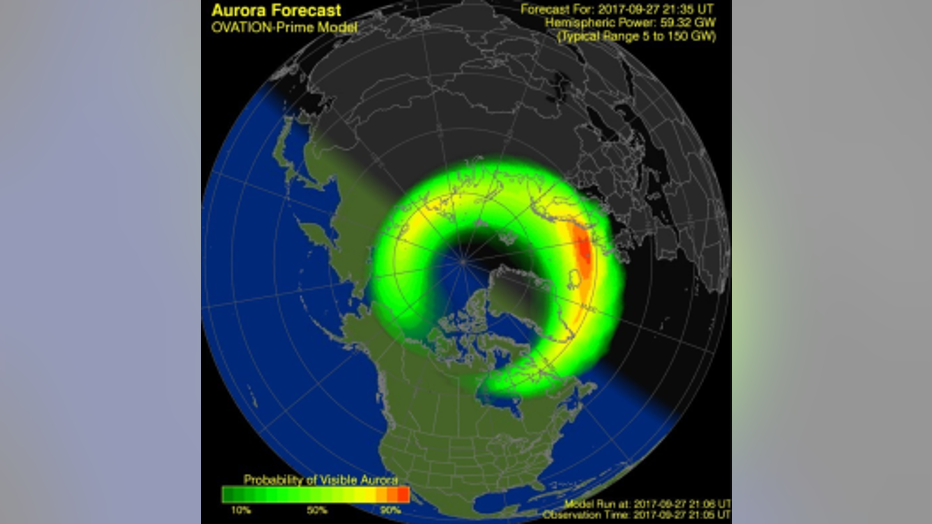 Aurora Borealis happen when electrically charged electrons and protons in the Earth’s magnetic field collide with neutral atoms in the upper atmosphere, turning into a stunning show of lights.