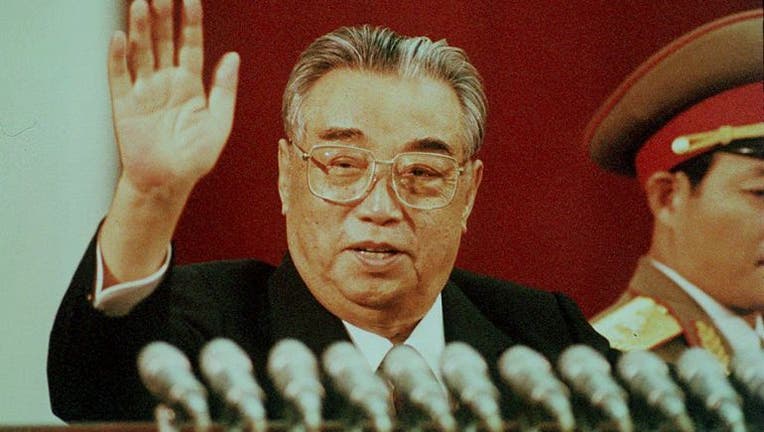 Seoul (CNN) -- North Korea's revered founder, Kim Il Sung, ordered his doctors to find a way to make him live to 100, taking treatments to stay young that ranged from the bizarre to the sinister.

Kim So-Yeon, his personal physician for many years before she defected to South Korea in 1992, led research at a "Longevity Center" set up to help in Kim's quest for a longer life.

It didn't work -- he died at 82 -- but that's still far better than the average 64-year life expectancy for the country.

The doctor's team devised many different ways to ensure a longer life.

"We did a lot of research," says Kim. "But we only gave him the treatments he had chosen from our list of options."

One treatment the late leader favored in his later years, according to Kim, was blood transfusions from citizens in their twenties.

Those who had been chosen for the honor of donating blood to the "Eternal President" were fed special nutritious food beforehand.

"He wanted to rule as long as he could. I think he wanted to live a long life for his own satisfaction," says Kim.

Another favorite, according to Kim, was watching young children do funny or cute things to make him laugh.

After witnessing the stresses and health issues experienced by Kim, the doctor says Kim Jong Un, the country's current leader and Kim's grandson, could be suffering from similar problems.

The elder Kim has often often been compared to his grandson, who shares his looks and demeanor.

Walking with a cane, the young leader appeared in public last week for the first time in more than a month amid speculation about his health.

Before his disappearance, Kim was seen limping, prompting theories that he was suffering everything from weight gain to gout.

According to the doctor, the young leader may have inherited a number of health issues, including psychological problems and a history of obesity.

She told CNN both Kim Il Sung and Kim's father Kim Jong Il suffered from diabetes, heart problems and stress, and she reckons that the younger Kim's health problems could be worse than his father's and grandfather's.

After studying photos, she said Kim's face appeared to have been swollen due to painkillers and she also speculated that he has been receiving hormone shots to make him look more like his grandfather.

"Kim Il Sung still has a good reputation because he was the founder of the country. So in order to instill in people that it is still Kim Il Sung's country, I think they are trying to make Kim Jong Un look like more like him."