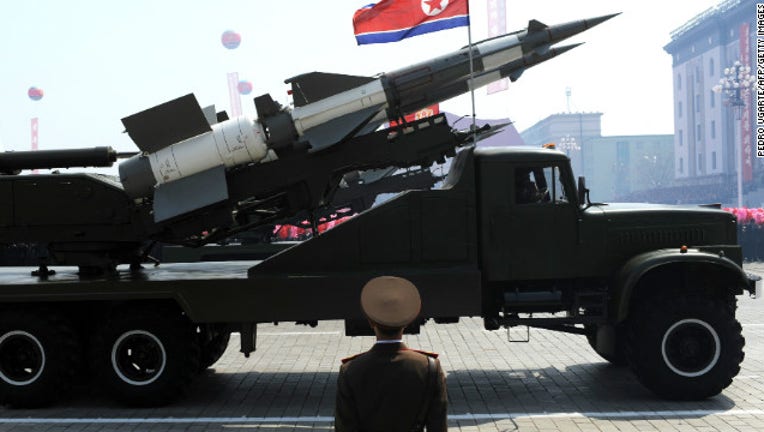 PYONGYANG, North Korea -- An apparent show of force, North Korea has test-fired four short-range missiles into the East Sea, according to the South Korean defense ministry.

The missile launches coincide with the South's annual joint military exercises with the U.S.

The South Korea-U.S. drills began on Monday despite opposition from Pyongyang, which views the war games as rehearsal for an invasion.

This is the latest in growing tensions between the North and the U.S. Last year, during the annual drills, North Korea threatened nuclear strikes against the United States if the joint exercises continued.

The joint drills will last until April 18 and involve a combined 12,700 U.S. troops and many more from South Korea.

With information from CNN