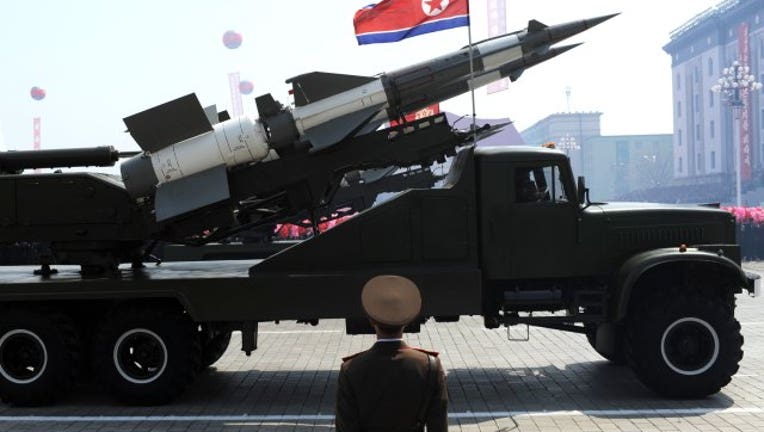 A missile is displayed during a military parade to mark 100 years since the birth of North Korea's founder Kim Il-Sung in Pyongyang on April 15, 2012.

HONG KONG -- North Korea conducted a live-fire drill Tuesday near its disputed western sea border with the South, immediately inviting a stern rebuke from its neighbor.

"If North Korea launched fire toward the (South Korean maritime border), we will respond with counter fire."

The drill lasted about 15 to 20 minutes, with no shells landing in South Korean waters, the South Korean military said.

Pyongyang had notified Seoul that it would be conducting the exercises.

But the move follows U.S. President Barack Obama's visit to the region and amid a number of other belligerent actions by the Communist nation.

Preparations for a nuclear test

Late last week, South Korean officials reported that North Korea had completed the steps needed to conduct a nuclear test, including the sealing of a tunnel at the Punggye-ri site in northeastern North Korea, which analysts say is the final preparation for testing a device.

The North Korean analyst website 38 North, part of the U.S.-Korea Institute at Johns Hopkins University, says other activity consistent with final preparations for a test had been observed on satellite imagery.

During his visit to South Korea, Obama warned of further sanctions if North Korea carried out any unsanctioned nuclear test. The test preparations also come as an American tourist was detained by North Korean officials.

The North engaged in similar exercises at the end of March, which resulted in an exchange of fire between the two neighboring countries.