SEOUL -- An apartment building in the North Korean capital collapsed in what state media described as a "serious accident" that caused an unspecified number of casualties.

The unusual, apologetic report Sunday from the North's state-run Korean Central News Agency (KCNA) said the collapse took place Tuesday at the construction site of an apartment building in Phyongchon, a central district of Pyongyang.

"The accident claimed casualties," the agency reported without providing details on the number of peopled killed and injured. Rescue efforts were abandoned on Saturday, the agency said. 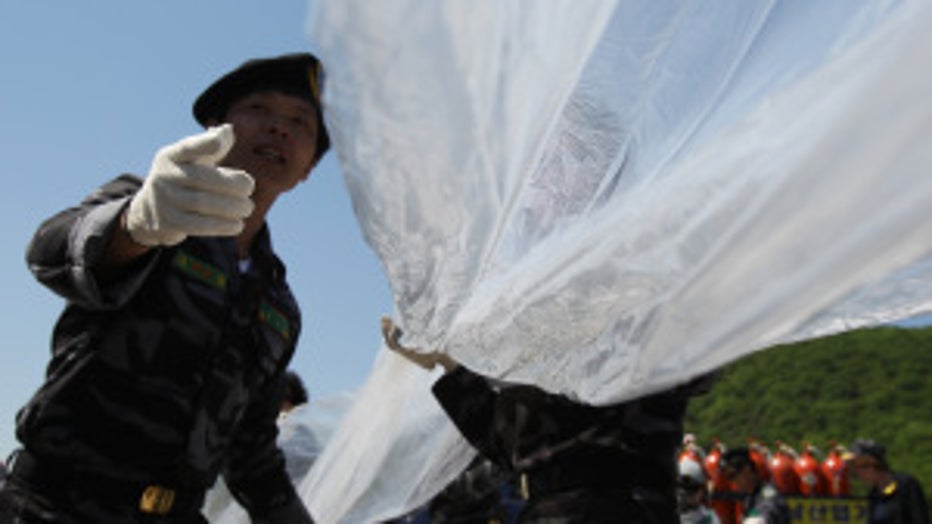 A South Korean government official said the building had 23 floors, estimating that as many as 92 families might have been living inside. It's common for people to move into North Korean buildings before construction is completed, the official said.

The construction of the building "was not done properly and officials supervised and controlled it in an irresponsible manner," KCNA reported. Pyongyang residents were "greatly shocked" it said.

The secretive North Korean regime rarely calls attention to problems within its borders.

The publication of the state media report, which contained a series of apologies from senior public officials, suggests it was a severe calamity.

Kim Jong Un, the country's leader, "sat up all night, feeling painful after being told about the accident" and put aside "all other affairs," KCNA reported, citing Kim Su Gil, the chief secretary of the Pyongyang City Committee of the ruling Workers' Party of Korea.

Minister of People's Security Choe Pu Il described the accident as "unimaginable," according to the news agency.

Kim Su Gil said authorities are taking steps to help the families of the victims and provide them with new housing, supporting the conclusion that people were living in the building while it was still under construction.

Among the disasters that North Korea has taken the rare step of acknowledging publicly are floods in 2012 that killed scores of people and an explosion at a train station in 2004 that caused hundreds of casualties.