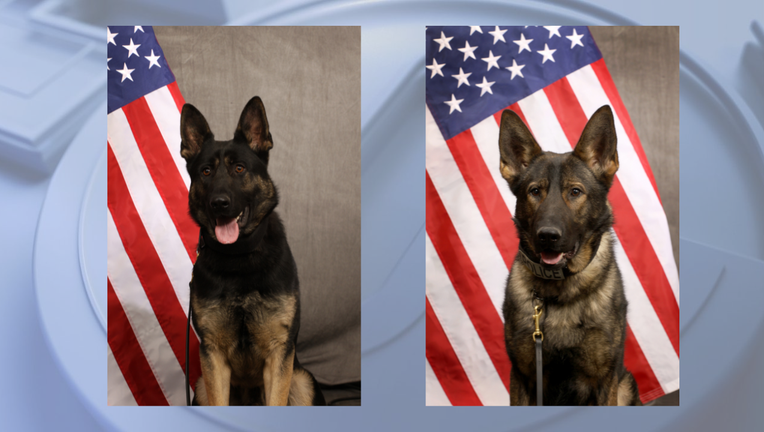 TPD announced that the two K9s were certified on Jan. 6 after completing over 400 hours of training.

Now, they're in the field and are assisting patrol officers with tracking suspects, clearing buildings and finding evidence.

The vests will help protect them against bullets, stabbings and shrapnel.

Typically, non-profits are the reason departments receive these vests

Organizers say 13 donors helped them reach their goal in just a few hours.