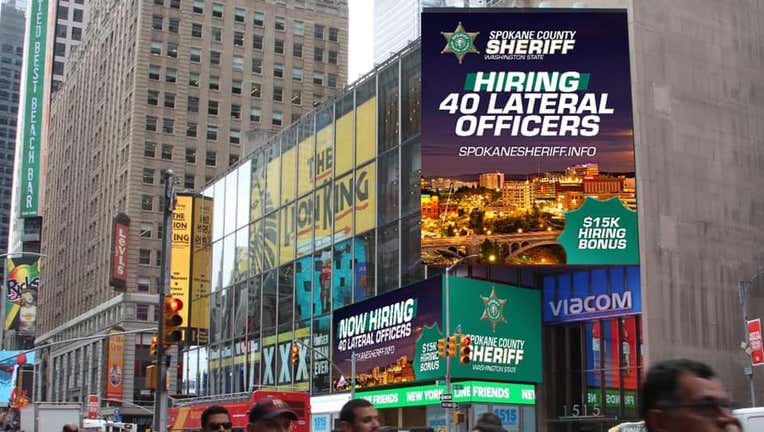 The sheriff's office is offering a $15,000 hiring bonus for lateral officers and has placed billboards across the country, from Seattle to Times Square in New York City.

The sheriff's office said the advertising company has since corrected the typo: "Mistakes happen every day. We are human." 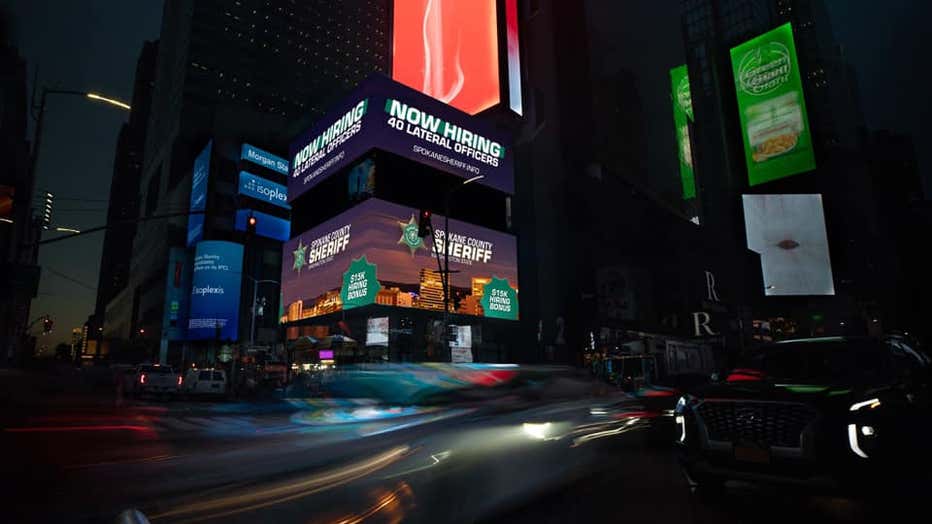 The sheriff's office also has billboards in Seattle, Denver, Portland and Austin, Texas.

"This effort to Recruit qualified and well-trained law enforcement professionals from areas where local elected officials have not generally supported them," Spokane officials wrote in a Facebook post. "These billboard ads, located in Times Square, are a continuation of our efforts to attract experienced and professional members of law enforcement. We want them to know there is a place where they are wanted and valued. A place where they can raise their family while continuing to serve a thankful and supportive community. That place is #SpokaneCounty."