SEATTLE -- In the wake of Monday's deadly Amtrak accident, no passenger trains will use the Point Defiance Bypass where the derailment occurred until the Positive Train Control system is activated, the Washington State Department of Transportation said Thursday.

Amtrak Train 501 was making the first trip for paying passengers over upgraded tracks in the Tacoma area called the Point Defiance Bypass. The bypass was upgraded to allow passenger trains to gain time by getting off of BNSF tracks that are heavily used by freight trains.

Positive Train Control, or PTC, can automatically slow down and stop a train if it senses the locomotive is going too fast or could get into an accident. The Federal Railroad Administration has called the system the "single-most important rail safety development in more than a century."

It is now mandated to be activated by the end of December 2018.

"We will not run our passenger trains on the Point Defiance Bypass until PTC is activated." Barbara LaBoe of WSDOT said in an email to Q13 News. "This out of sensitivity to the situation, not because we have any safety concerns about those tracks."

"Our passenger trains will run on the (old) line for the time being. Those tracks do not have PTC activated, but we’ve had millions of successful boardings on that route and will use it until PTC is installed on the bypass," she said.

Monday's train derailment at DuPont killed three people and injured dozens of others on a new route between Seattle and Portland. 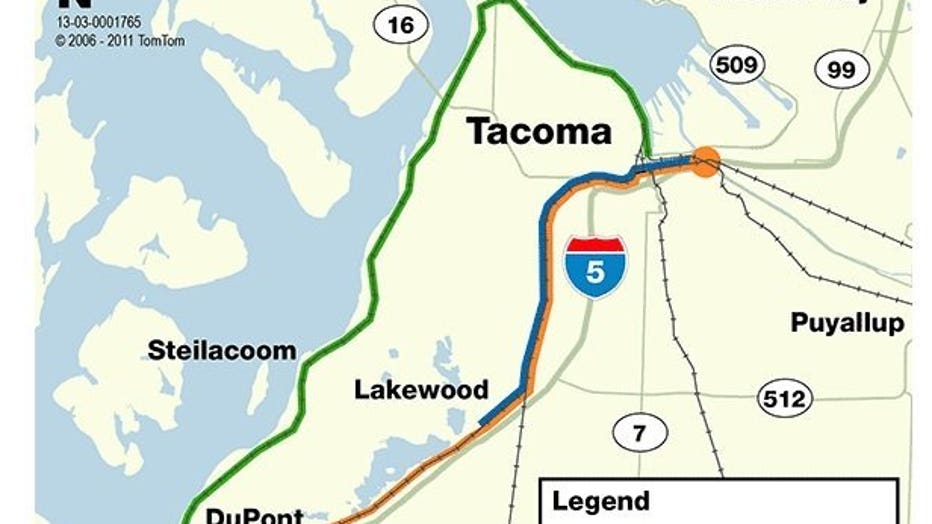