As a precaution, the health department issued a no-contact advisory for Eagle Harbor. The health department has advised the public to avoid contact with water in the affected area, which includes swimming, wading or other types of recreation where someone could swallow the water. 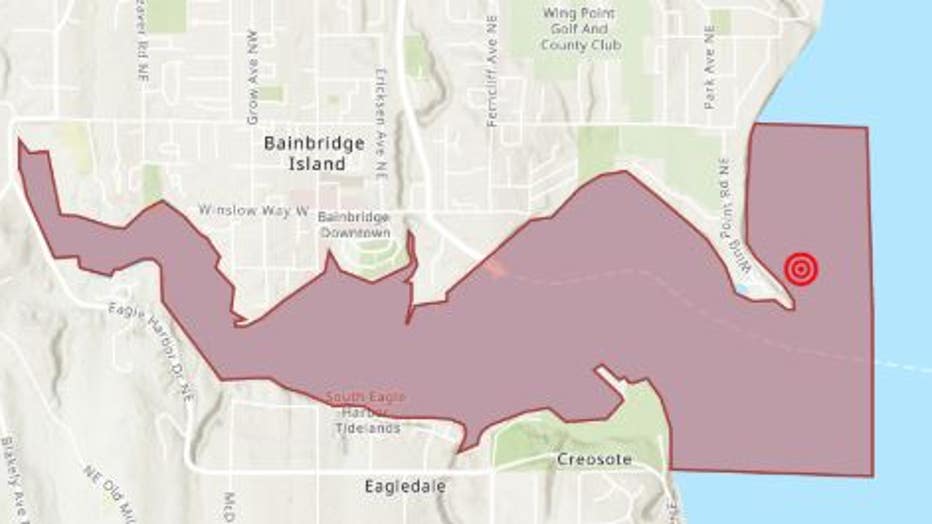 Approximate location of sewage discharge is noted with a bullseye.

This no-contact advisory will mark the second for Eagle Harbor in a week.

A similar advisory was issued for Eagle Harbor on Dec. 28 due to a blocked sewer main. A blocked sewer main caused a manhole at Winslow Way East and Eagle Place to overflow, causing an estimated 5,300 gallons of sewage to flow to Eagle Harbor, according to the Kitsap Public Health District.

Heavy rains also caused a sewage overflow in Port Orchard, at the Sinclair Inlet. A no-contact advisory has been issued for the area as well.

Signs will be posted at public access points at both Eagle Harbor and Port Orchard.

Both advisories will remain in effect through Jan. 8.