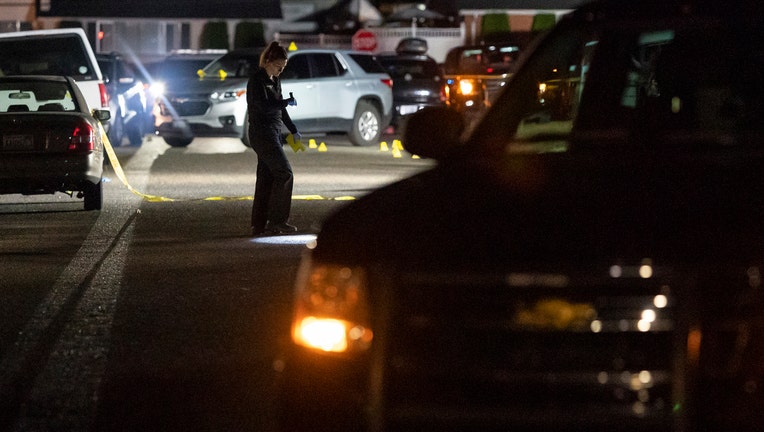 OLYMPIA, Wash. - A Washington state prosecutor has decided not to file criminal charges against police who shot and killed an antifascist fugitive wanted in the highly publicized death last year of a right-wing demonstrator in Portland, Oregon, last year.

A U.S. Marshals-led task force was trying to arrest Michael Reinoehl, 48, at an apartment complex in Lacey, near Olympia, in September 2020 when four officers fired at him as he exited his car.

Reinoehl, who was armed, was on the run after being caught on surveillance video shooting Aaron "Jay" Danielson, a supporter of the far-right group Patriot Prayer, on Aug. 29, 2020, after demonstration backing then-President Donald Trump.

Trump cheered on the manhunt for Reinoehl, tweeting just before he was killed by police to "Do your job, and do it fast."

In a memo dated Monday, Thurston County Prosecutor Jon Tunheim found that the use of force was justified, Oregon Public Broadcasting reported.