Americans drink more alcohol now than they did 100 years ago

Drinking in America is not only on the rise, but at a higher level now then when the substance was banned a century ago.

GENEVA - The World Heart Federation is challenging the widespread notion that drinking moderate amounts of alcohol (yes, even wine, you vino lovers) can decrease the risk of heart disease.

In a new policy brief, ‘The Impact of Alcohol Consumption on Cardiovascular Health: Myths and Measures,’ the organization is calling for urgent and decisive action to tackle the rise in alcohol-related death and disability worldwide. 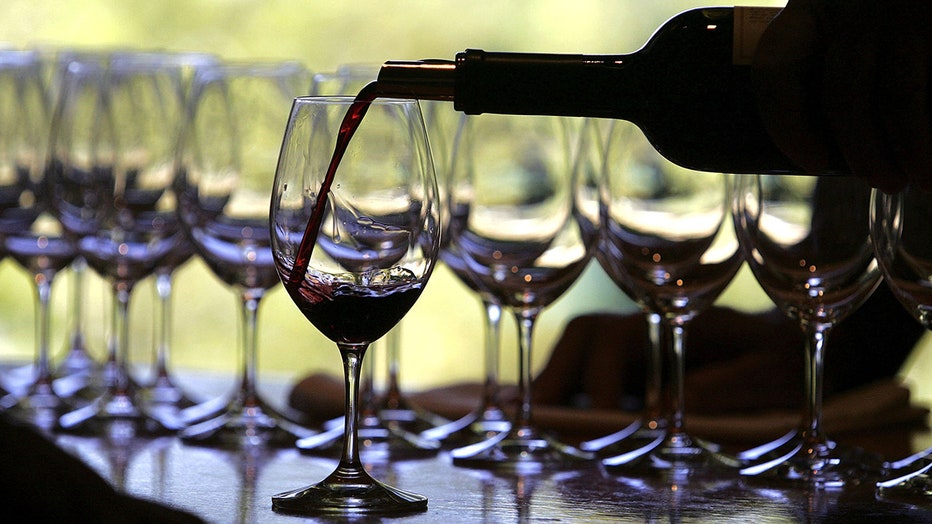 A worker at a winery pours a glass of wine for a tasting. (Photo by Justin Sullivan/Getty Images)

Meanwhile, in the United States, an analysis of death certificate data showed that alcohol-related deaths increased among people in almost all age and racial and ethnic groups between 1999 and 2017, the National Institutes of Health reported.

"The evidence is clear," the WHF wrote in a press release Thursday. "Any level of alcohol consumption can lead to loss of healthy life. Studies have shown that even small amounts of alcohol can increase a person’s risk of cardiovascular disease, including coronary disease, stroke, heart failure, hypertensive heart disease, cardiomyopathy, atrial fibrillation, and aneurysm."

The organization said studies that claim otherwise are "largely based on purely observational research", which "fails to account for other factors, such as pre-existing conditions and a history of alcoholism in those considered to be abstinent."

"The portrayal of alcohol as necessary for a vibrant social life has diverted attention from the harms of alcohol use, as have the frequent and widely publicized claims that moderate drinking, such as a glass of red wine a day, can offer protection against cardiovascular disease." said Monika Arora, member of the WHF Advocacy Committee and co-author of the brief. "These claims are at best misinformed and at worst an attempt by the alcohol industry to mislead the public about the danger of their product."

But, some studies suggest otherwise.

Last year, research out of the United Kingdom seemed to suggest that wine was the one alcoholic drink that could be beneficial for health — due to the powerful antioxidants found in grapes.

The team, lead by Dr. Rudolph Schutte, analyzed data of more than 500,000 people in the U.K. over a seven-year period.
They found that low-level consumption of beer, cider and spirits was associated with an increased risk of cardiovascular events, coronary heart disease, stroke, cancer, and overall mortality.

However, Schutte’s team discovered there was a decreased risk of coronary heart disease through the consumption of wine.

Meanwhile, other studies have also suggested that low-to-moderate amounts of alcohol can actually decrease the risk of mortality and cardiovascular disease.

But, Schutte believes the benefits obtained from wine and champagne may actually be in thanks to polyphenols, which are antioxidants found naturally in the grapes, and not necessarily through the alcohol itself.

"To date, no reliable correlation has been found between moderate alcohol consumption and a lower risk of heart disease," the WHF continued.

While the Centers for Disease Control and Prevention does not outline health problems associated with light to moderate drinking, the agency says excessive drinking is associated with numerous health problems including chronic diseases such as liver damage, inflammation of the pancreas, various cancers including liver, mouth, throat, larynx, and esophagus, high blood pressure and psychological disorders.