19,000 firefighters battling wildfires in Western US

More than 5 million acres of land have burned across the West and the wildfires show no signs of slowing down.

SALEM, Ore. - The number of fatalities from Oregon’s recent wildfires has increased to nine people, the state’s Office of Emergency Management confirmed Monday.

Fires continued to rage across the West Coast Monday. The Pacific Northwest Region of the Forest Service reported Monday that 27 large wildfires continue to burn 2,460 square miles (6,370 square kilometers) across Oregon and Washington. There are more than 9,000 fire personnel battling these fires.

The Oregon Department of Forestry continues to closely monitor 10 major fires in Oregon, which is a decrease from 17. Fires are removed from the list of wildfires being monitored when they are “100% lined.”

One of Oregon’s largest wildfires, the Lionshead Fire, has burned more than 300 square miles (770 square kilometers) and is 13% contained.

Approximately 1,500 square miles (3,880 square kilometers) have burned in Oregon. Officials say, prior to this year, the average of land burned each year in Oregon for the last ten years was roughly half that.

Five people in Oregon are currently reported missing and nearly 2,700 people are being provided shelter by the American Red Cross. 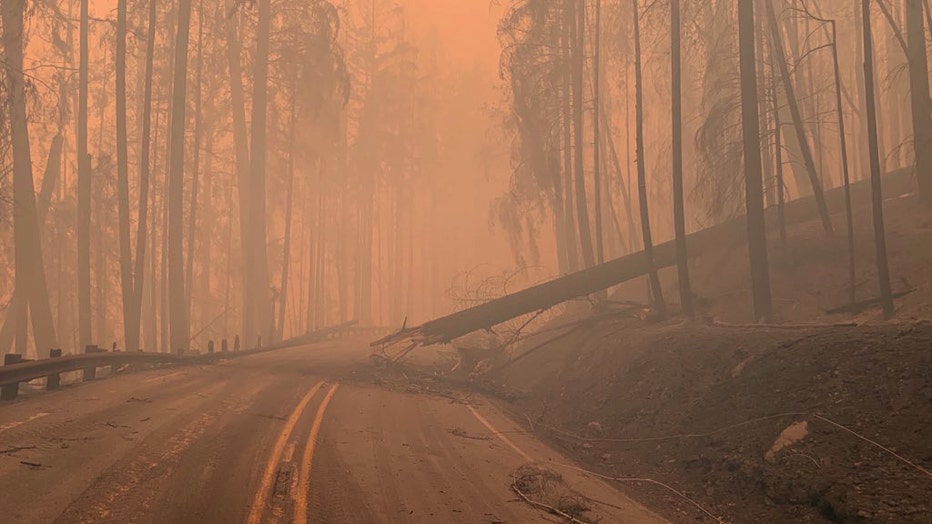 About 2,300 Oregon residences have been destroyed by the wildfires, as well as 1,500 other structures, according to the Oregon Office of Emergency Management.

Cline is a corps member for the Associated Press/Report for America Statehouse News Initiative. Report for America is a nonprofit national service program that places journalists in local newsrooms to report on undercovered issues.