PORTLAND, Ore. - Former Portland Trail Blazers president and current Nike executive Larry Miller has admitted that he killed a teen when he was in a gang more than 50 years ago.

Miller, now 72, revealed the long-guarded secret in an exclusive interview with Sports Illustrated published Wednesday. He described his decision to come clean about his past as "really difficult."

"Because for years, I ran from this," Miller said. "I tried to hide this and hope that people didn’t find out about it."

Miller even kept the secret from powerful friends like Michael Jordan and NBA commissioner Adam Silver. He said he decided to go public ahead of his forthcoming book, "Jump: My Secret Journey From the Streets to the Boardroom," set for release next year.

Speaking with Sports Illustrated, Miller said he grew up in a stable family, but things began to spiral when he turned 13, and he joined the Cedar Avenue gang in West Philadelphia. He said he was a "straight-up gangbanger" by 16.

On Sept. 30, 1965, Miller said he shot 18-year-old Edward White. The shooting was in retaliation for one of Miller’s fellow gang members getting killed by a rival gang. Yet Miller admitted he wasn’t even sure whether White was affiliated with the rival gang – or any gang for that matter. Miller said he merely shot the first person he saw and only learned of White’s name after hearing of his death on news reports. 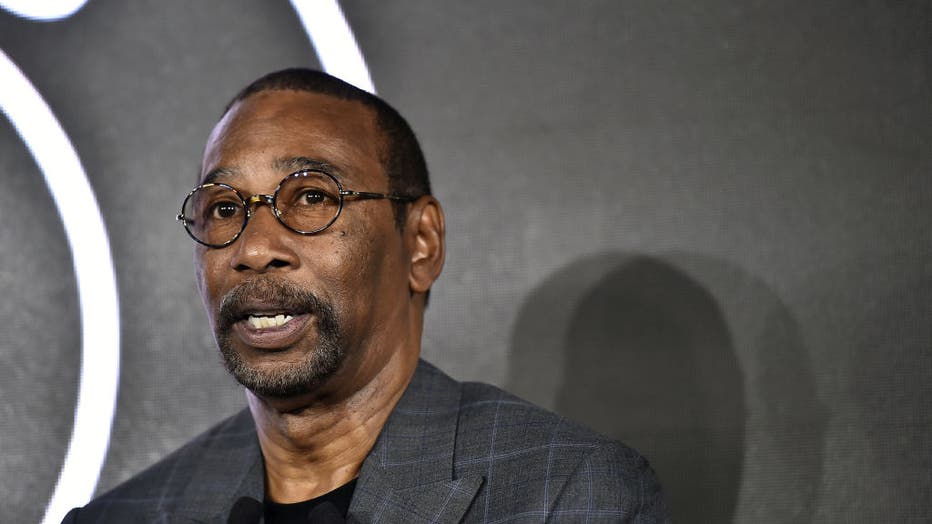 Larry Miller, president of Jordan Brand attends the launch of the new partnership between Paris Saint-Germain and Jordan at Parc des Princes on September 13, 2018 in Paris, France.

"We were all drunk," Miller told Sports Illustrated. "I was in a haze. Once it kind of set in, I was like, ‘Oh, sh-t, what have I done?’ It took years for me to understand the real impact of what I had done."

Miller was in and out of prison up until he was 30. But he continued his education while behind bars and received an accounting degree from Temple University around the time he was released.

Miller nearly landed a job with the prestigious accounting firm Arthur Andersen, but the offer was rescinded when he revealed his criminal past. He vowed to keep it a secret going forward.

"I’m never sharing this again," he recalled telling himself.

Miller said he was nervous about coming forward. But Jordan, Nike and Silver have all been supportive, he said.

"It’s freed me," Miller told Sports Illustrated of the relief he’s felt. "I feel freedom now to be me."

Fox Business has reached out to the NBA and Nike for comment and will update this story accordingly.